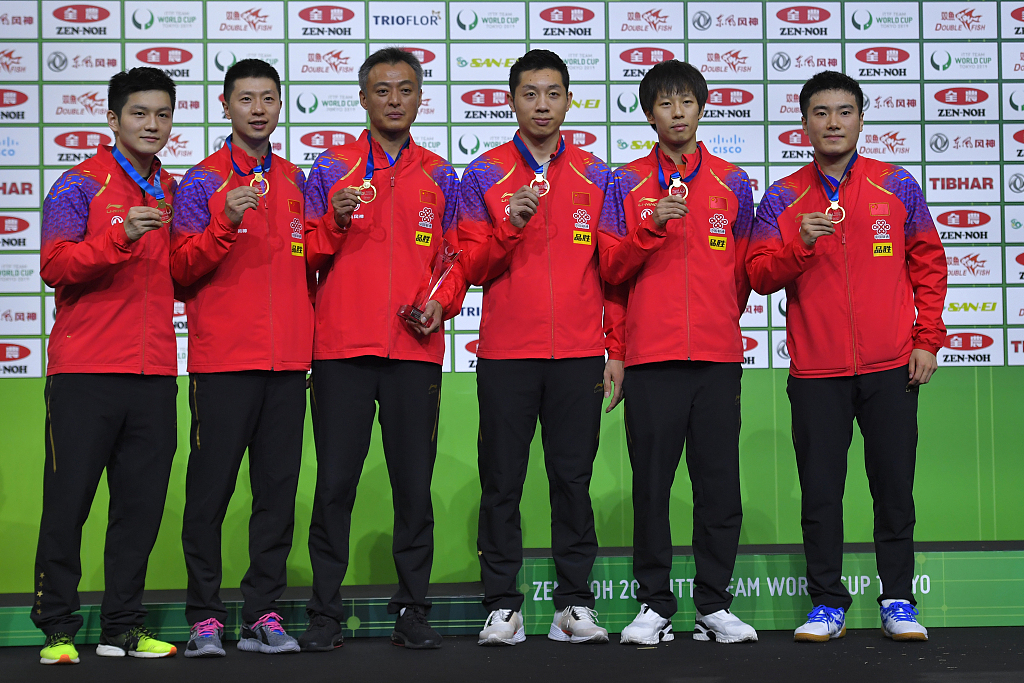 This year's World Cup is a test event for the Tokyo Olympic Games, and also adopts the same best-of-five competition system of the Olympics in which the first match is a doubles, followed by four singles matches.

"The competition is of great value to my training," Fan said. "It helps me improve my condition and confidence."

"We played in the matches as if they were the Olympics though the rings were not posted. The coaching staff also asked us to play this time as the Olympics. It was a simulation process to accumulate more experience," Xu said, pointing out that the result reached the team's expected goal.

"In addition to winning the championship, our team went through a lot of training, especially training at the venue of the Tokyo Olympic Games," said Qin Zhijian, head coach of the Chinese men's team.