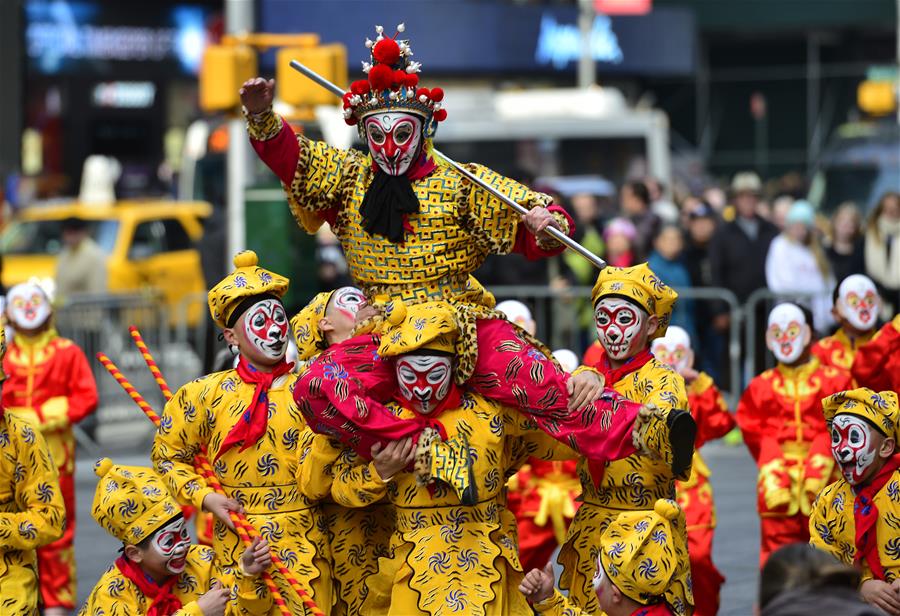 In China's 40 years of reform and opening-up, the country has yielded fruitful results in cultural exchanges and communication with other countries.

According to statistics, over the past few years, China has held more cultural exchange activities every year than the total of those in the first 30 years before the reform.

Since the 18th National Congress of the Communist Party of China, the country has held more than 30 large-scale Chinese cultural events around the world. The cultural exchange and cooperation mechanisms between China and Russia, the United States, Europe, and Africa have developed to a higher level.

In 2017, the Happy Spring Festival, an event to celebrate the Chinese New Year, was held more than 2,000 times in over 500 cities across 140 countries and regions, reaching 280 million people overseas. These events were reported by over 1,000 global media outlets, reaching an audience of 3 billion. It has become a significant platform to showcase the charm of Chinese culture to the world.

In addition, Confucius Institutes further link Chinese culture with the world. They play a unique role in promoting mutual understanding and friendship between Chinese people and the rest of the world.

By the end of 2017, 525 Confucius Institutes and 1,113 Confucius classrooms had been established in 146 countries and regions.

Top photo: A flash mob featuring a hundred performers in monkey costumes makes an appearance to celebrate the arrival of the Chinese New Year in Times Square on Manhattan, New York, the United States, Feb. 6, 2016.The event is an effort to let people from all over the world experience the beauty of Chinese culture, and, in a move to convey the New Year's blessings. (Photo: Xinhua)