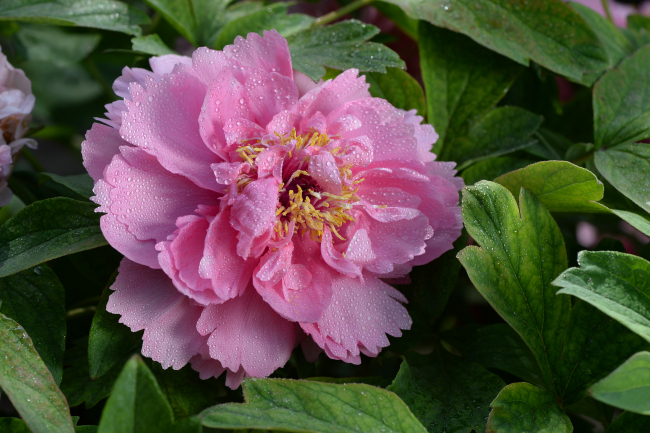 Photo shows peonies at a garden in Beijing. (Photo: IC)

Based on suggestions from an expert team, the association listed 10 candidates including the peony, chrysanthemum, orchid, Chinese rose and narcissus.

Recommending the peony as China's national flower, the CFA said in an online statement that the flower has been widely planted around China with a history of more than 4,000 years and has long been called "king of the flowers" in the country.

Prerequisites to be nominated as China's national flower include originating in the country with a long history, being elegant in both shape and color, and being able to represent Chinese culture, according to the CFA.

The flower to be named should also have a profound cultural connotation and be extensively utilized.

By Wednesday afternoon, nearly 600,000 people had joined in the vote on mobile social media platform WeChat, the association said.