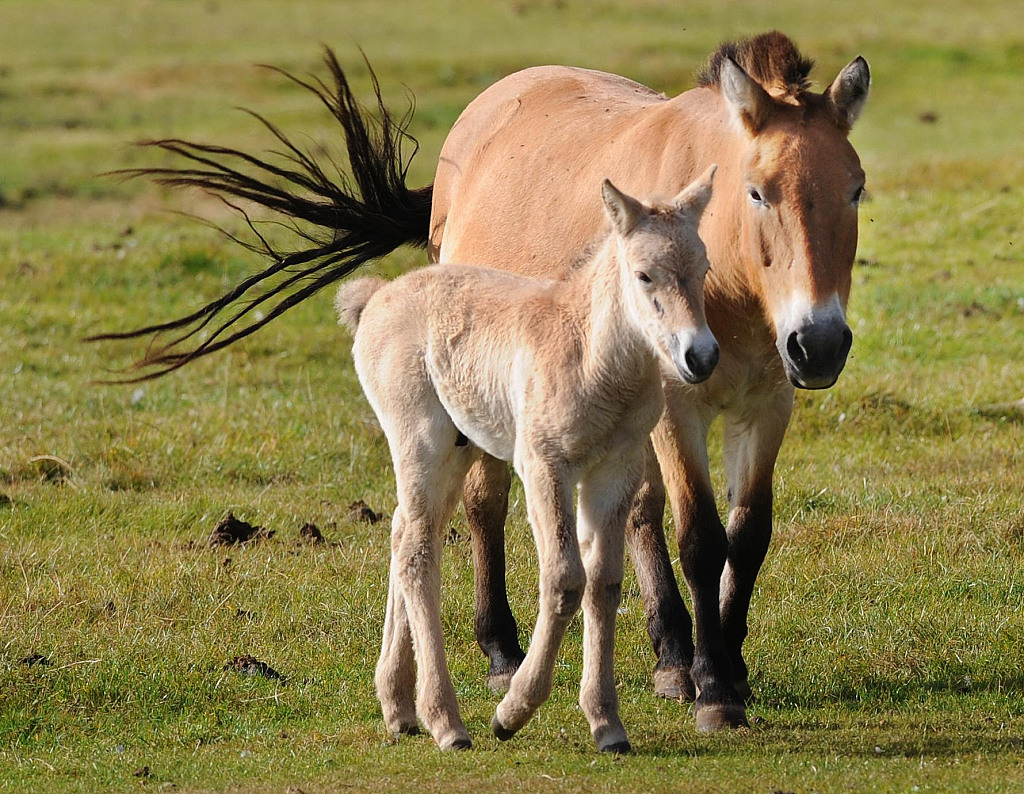 The population of the endangered Przewalski's horse has reached 515 in Xinjiang and Gansu, making China the largest breeding base for the rare wild horses in the world, according to local media reports.

The Przewalski's horse is an endangered species, and could be the last surviving breed of wild horses in the world.

One breeding center in Gansu says its now home to 103 Przewalski's horses, including 60 running wild.

The Xinjiang Endangered Animal Protection Center is now home to 412 of the wild horses. Officials with the center in Xinjiang, which claims to be the largest in the world, says its breeding rate stands at more than 90 percent.

Prezewalski's horses, also known as Wild Mongolian Horses, are thought by many to be the last surviving breed of wild horse in the world.

However, recent DNA studies have suggested the horses might trace their lineage to a domesticated breed of horses from the Botai region.