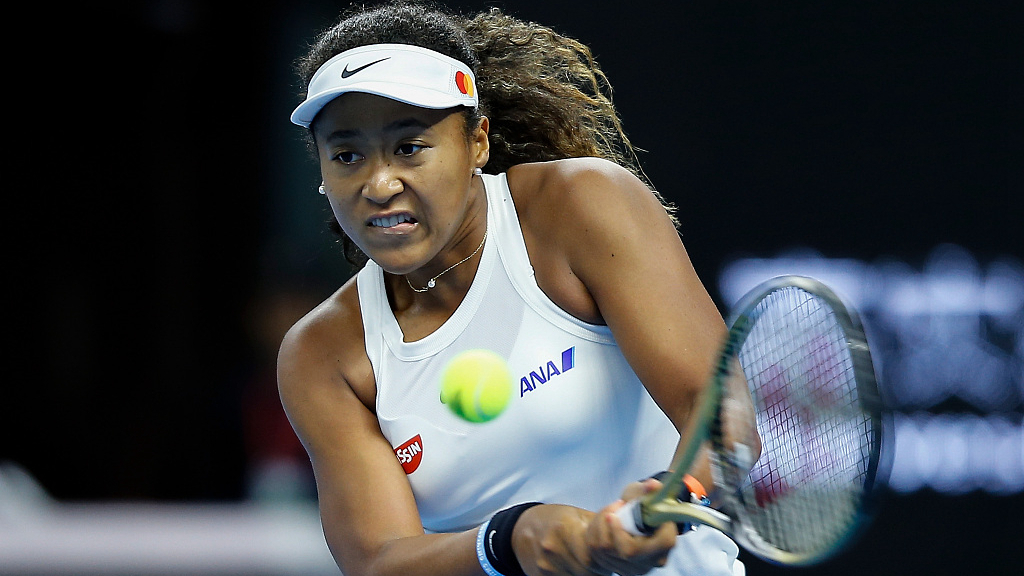 Naomi Osaka on her way to victory over Bianca Andreescu.(Photo: VCG)

Naomi Osaka beat U.S. Open holder Bianca Andreescu in a thrilling encounter, ending the Canadian's 17-match winning streak to book her place in the semi-finals on Friday at China Open.

In a captivating first meeting between two of the brightest young talents in tennis, the 21-year-old Japanese squeezed through 5-7, 6-3, 6-4 in over two hours in Beijing.

"Listen, I don't want to play her any more, I'm good, one-and-done," former number one Osaka joked of the prospect of more thrilling matches in future against the 19-year-old Andreescu.

Turning more serious, the two-time Grand Slam winner Osaka said that she felt she had been "counted out" after hitting poor form following her Australian Open triumph in January.

Osaka fired 10 aces, 31 winners and won 78 percent of her first service points in a see-saw encounter that had a total of 11 breaks of serve. She will play defending champion Caroline Wozniacki, who beat Russia's Daria Kasatkina 6-3 7-6(5).

World number one Ashleigh Barty battled back from a set down to beat Czech Republic's seventh seed Petra Kvitova 4-6 6-4 6-3 to advance to the semis.

"I think this (week) was maybe the best in terms of how I played since I came back," said Murray.

"It was great for me, I played three matches in four days, which is quite a lot.

"Actually I felt better than I expected today, as well," said the former number one, who had a major operation in January and only returned to singles tennis in August.

The 26-year-old Austrian Thiem plays Karen Khachanov of Russia in the last four.

Third seed Stefanos Tsitsipas of Greece will play second seed Alexander Zverev in the other semi-final.