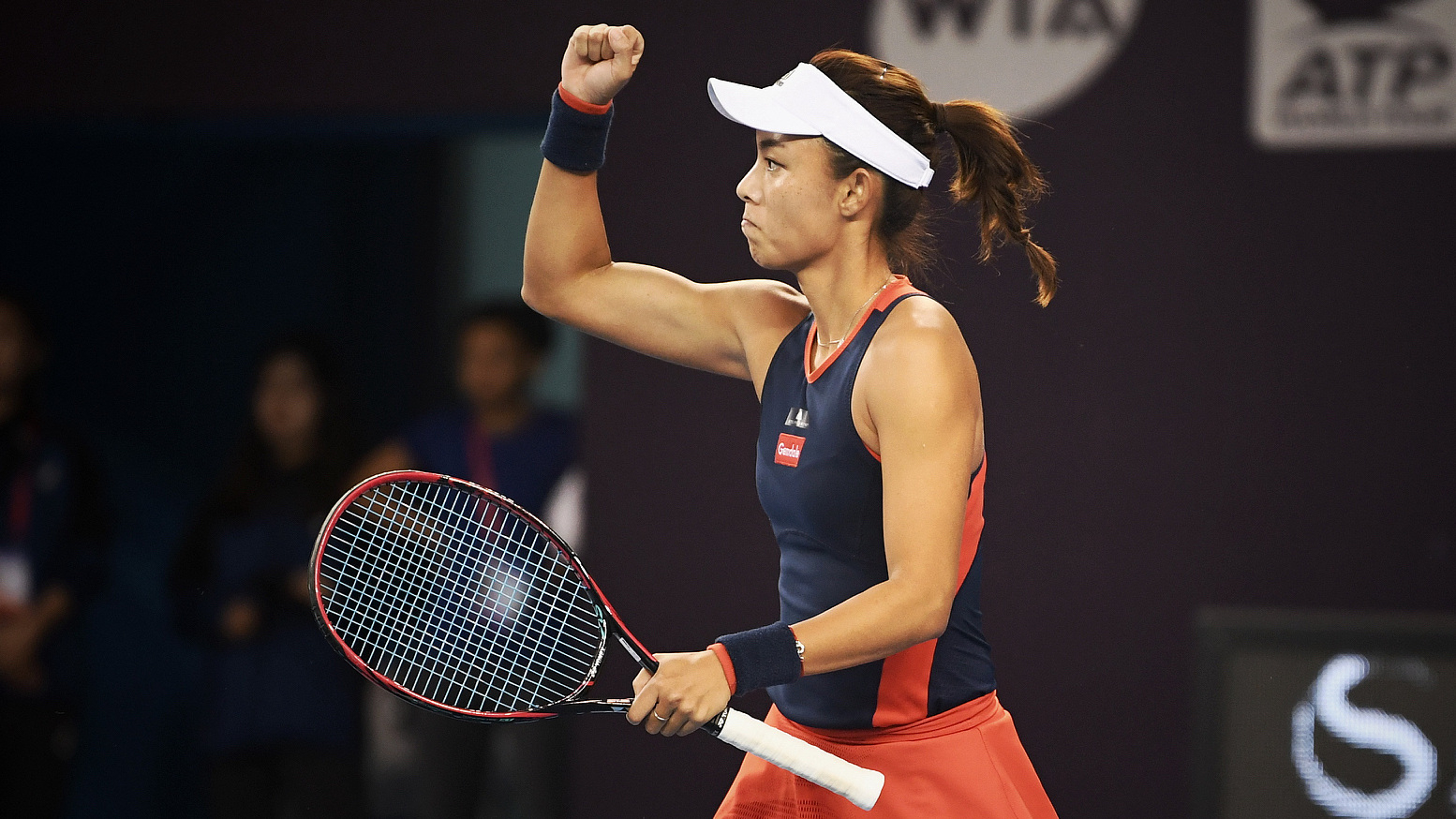 Chinese wildcard Wang Qiang scored a double-bagel 6-0, 6-0 victory over an injured world No. 12 Jelena Ostapenko to advance to the third round of the China Open.

Wang, who withdrew from the just-concluded Wuhan Open with an injury herself, won a stellar 83 percent of her first service points, converted six of her seven break points and fired three aces on the way to the victory.

Her Latvian opponent had a very rough time on court, coughing up 34 unforced errors and committing 10 double faults. Wang broke every single one of her service games and never faced break point herself.

Wang will face the winner of Wednesday's match between world No. 7 Karolina Pliskova and Belarussian player Aliaksandra Sasnovich in the round of 16.

Not all local favorites had such an easy time on Tuesday. Zheng Saisai crashed out, going down 6-1, 6-3 to No. 9 seed Sloane Stephens of the United States.

Clearly eager to bounce back from an early exit at last week's Wuhan Open, Stephens raced into a 2-0 lead out of the gate.

Though Zheng logged a few nice baseline winners, the Shaanxi native had several unforced errors, twice volleying into the net from close range when it seemed easier to hit a winner.

Stephens showed greater consistency and the American never really looked threatened as she closed out the match in one hour 35 minutes.

Stephens now faces a third-round match-up against Dominika Cibulkova of Slovakia, after she bested Australia's Daria Gavrilova in straight sets, 6-3, 6-3.

World No. 3 Angelique Kerber had a fight on her hands in her second-round engagement, twice rebounding from a break behind, but managing to take out Spain's Carla Suarez Navarro in straight sets: 7-6 (4), 6-1.

The opening set saw the two aggressive players holding their own services games, and it was the Spaniard who broke first to go up two sets.

But Kerber answered with a break of her own, and the two traded breaks with Navarro serving for the set at 5-3, only to be broken by a resilient Kerber who clawed her way to deuce. Kerber broke again to level things out at 5-all, and controlled the proceedings from there despite facing a tiebreak to close out the first set.

Kerber faces the winner of Wednesday's round of 32 match between Timea Babos and China's Zhang Shuai.

World No. 8 and reigning US Open Champion Naomi Osaka of Japan had an easy 6-1, 6-0 win over Danielle Collins of the United States.

Other action saw Carolina Garcia, the world No. 4 and the defending champion in Beijing, needing a tiebreak but taking out Polona Hercog in straight sets: 7-6 (2), 6-3. Wuhan Open runner-up Anett Kontaveit rebounded from a set down to take out Laura Siegemund: 2-6, 6-3, 6-2.

Finally, the night session saw a tough-as-nails Arnya Sabalenka, fresh off snatching the trophy at the Wuhan Open, continue her fantastic run of form with a 7-5, 6-4 win over world No. 14 Gabrine Muguruza.