On April 23, China Post issued a set of commemorative stamps featuring fascinating stories from the literary classic Journey to the West, written by Wu Chengen in the Ming Dynasty (1368-1644). 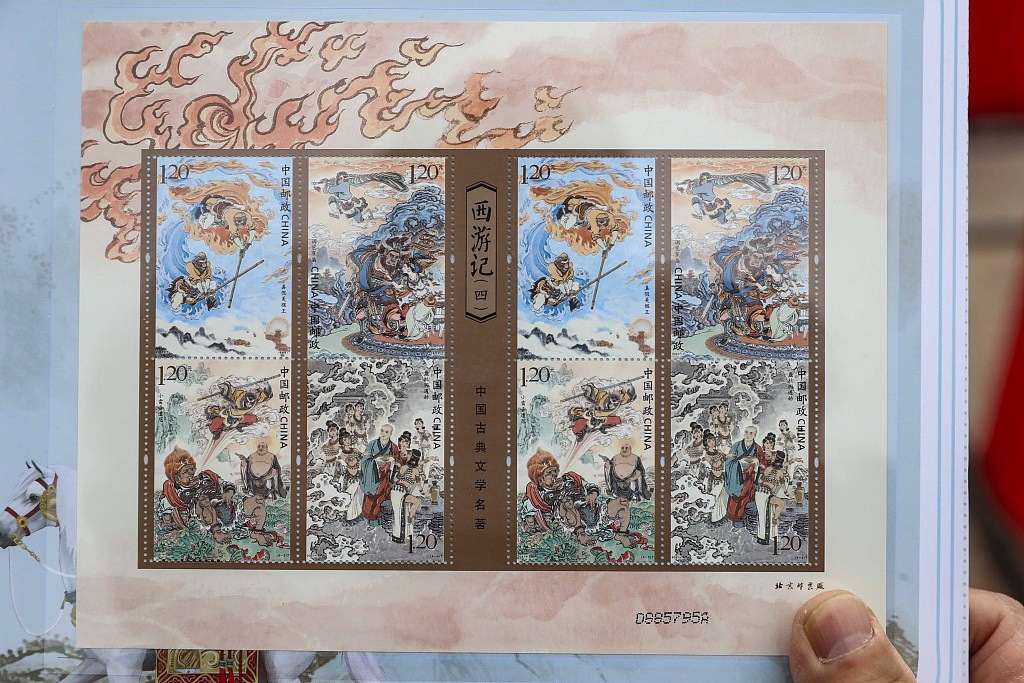 China Post issued a set of commemorative stamps featuring stories from Journey to the West on April 23. (Photo: VCG)

The stamps' launching ceremony was held near the Flaming Mountains, a tourist attraction in Turpan, Xinjiang Uygur autonomous region. The site received its name from the classic Chinese novel in which one of the main characters, Monkey King, attempts to borrow a magical fan from Princess Iron Fan three times. He needs the fan to put out a flaming obstacle around the mountains to help the pilgrimage of Xuan Zang, a Buddhist monk, travel to India. Scenes of how Monkey King gets money to borrow the fan have been reproduced by the colorful paintings on the stamps.

Yao Xingen, vice managing director of China Post's Xinjiang branch, says he hopes the stamps could help people across the country get a glimpse of the culture, history and unique landscapes in Turpan.

At the ceremony, livestreaming hosts dressed in traditional Chinese garments were invited to promote and sell local fruits and other agricultural products online.