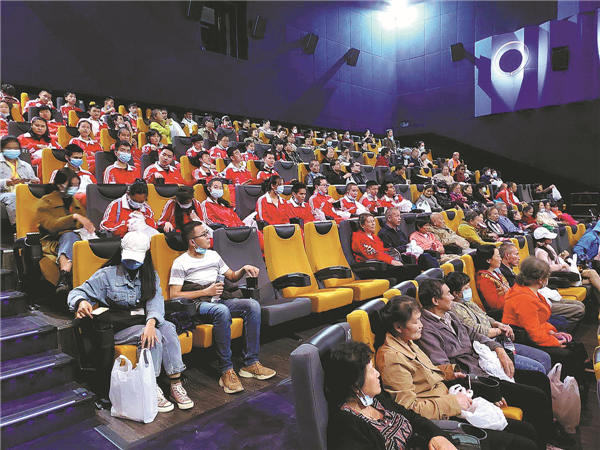 China's urban cinemagoers numbered nearly 1.17 billion in 2021, up 113 percent from 2020 and ranking first globally, according to a report released on Thursday.

The number has climbed to 67.6 percent of the level recorded in 2019, showing a robust recovery as the COVID-19 pandemic wanes, according to the report, which was released during the 36th Hundred Flowers Awards in Wuhan, capital of Central China's Hubei province. The awards are conferred every two years based on public voting results and are considered the highest honor in China's film industry.

Another 6,667 film screens were constructed last year, bringing the total to 82,248 across the country.