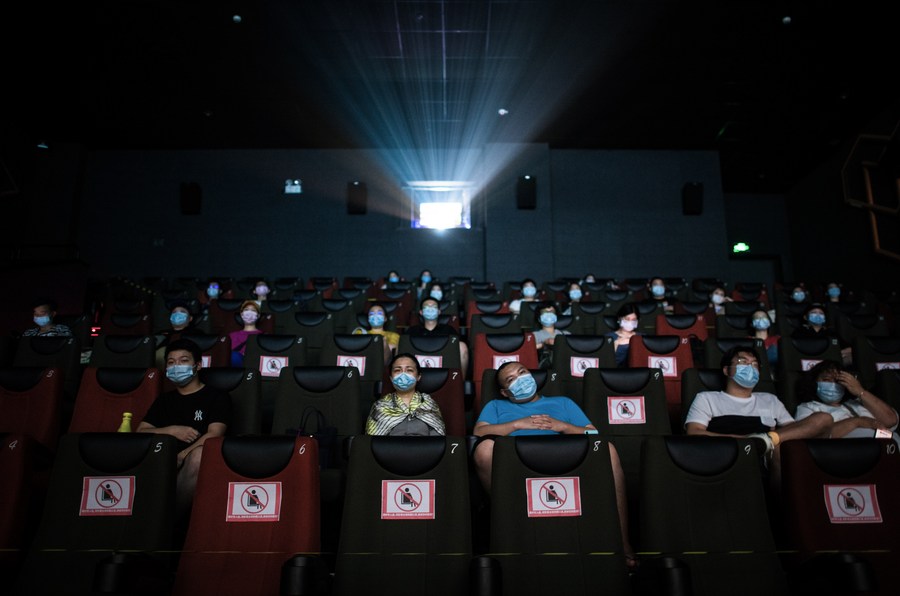 BEIJING, Dec. 7 (Xinhua) -- China's box office has this year raked in more than 17 billion yuan (about 2.6 billion U.S. dollars), with over half of ticket revenues coming from the top five crowd-pleasers.

War epic "The Eight Hundred" by Guan Hu leads the 2020 list, generating more than 3.1 billion yuan to date and accounting for over 18 percent of the yearly total thus far.

It is followed by comedy anthology "My People, My Homeland" and animated feature "Jiang Ziya: Legend of Deification," which have respectively grossed more than 2.8 billion yuan and 1.6 billion yuan.