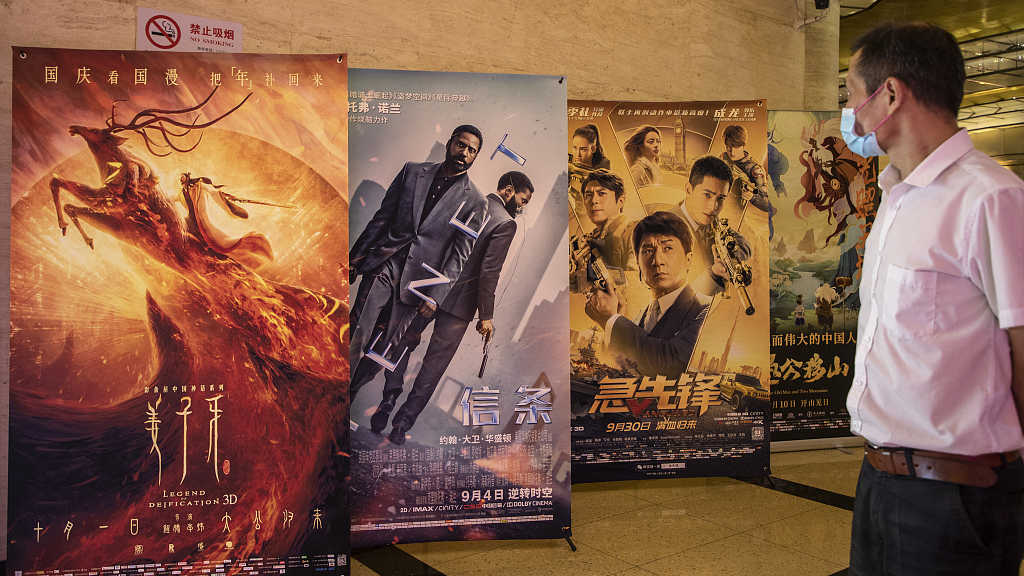 A moviegoer outside a theater in Shanghai, September 27, 2020. (File photo: CFP)

The figure was slightly lower than the 17.3 billion yuan that was generated from Jan. 1 to March 18, 2019 but equaled more than 80 percent of the total ticket sales for the whole of 2020, data compiled by box office tracker Maoyan showed.

Both films were among the seven domestic titles that hit Chinese theaters during the Spring Festival holiday.

The top nine earners on the 2021 chart are all domestic productions. Coming in tenth is the U.S. animated comedy "Soul," which contributed about 297 million yuan or 1.75 percent of the yearly total.

After having raked in more than 5.2 billion yuan domestically, the tear-jerker film "Hi, Mom," the second-highest-grossing film ever at China's box office, is set for worldwide release soon, according to an announcement released on Sunday via an official social media account of the film.

The Chinese blockbuster is slated for release in the United States, Canada, Britain, Spain, Australia, New Zealand, Japan, the Republic of Korea and Malaysia, among others, it said.