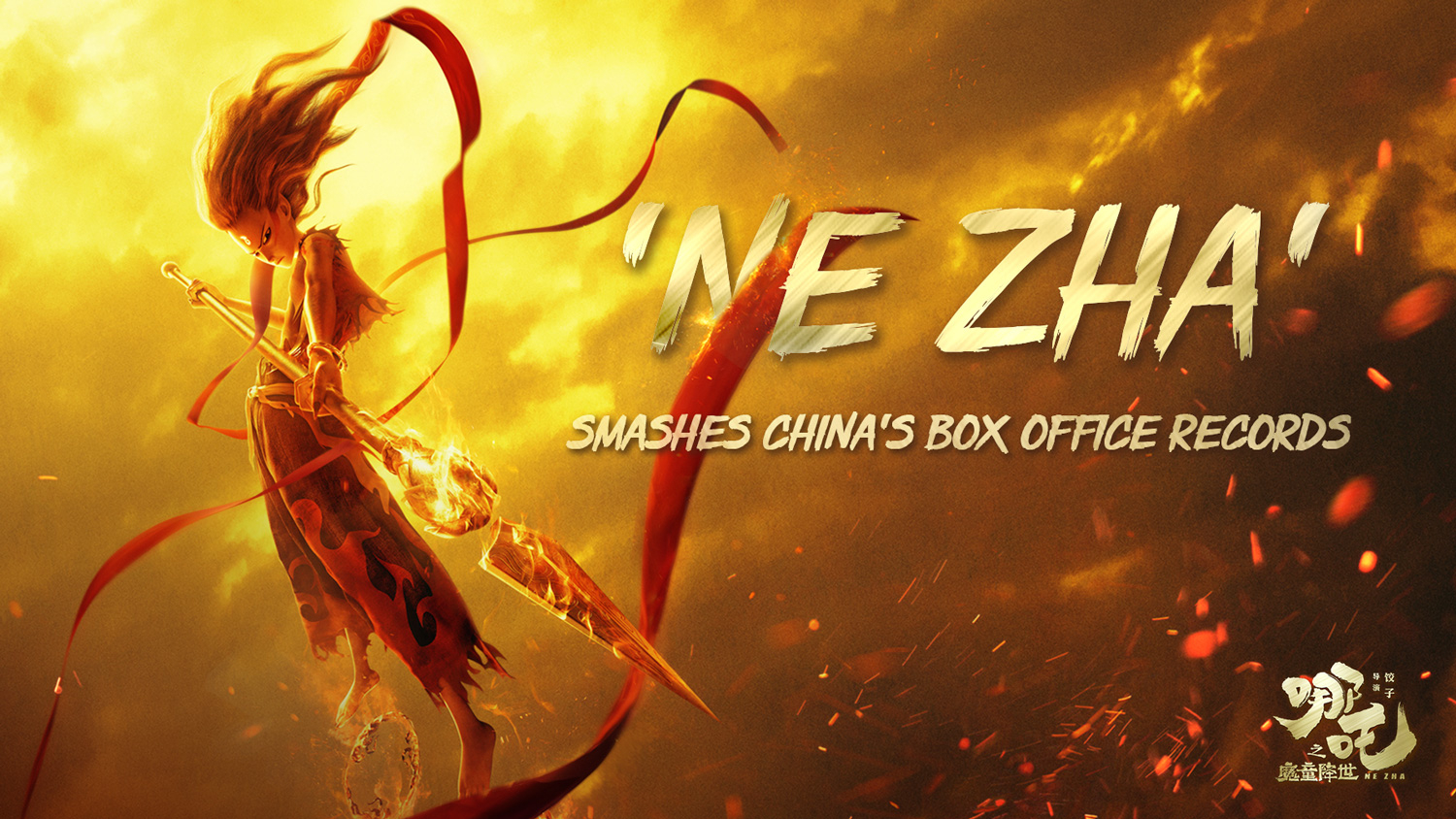 Well Go USA Entertainment released the fantasy film in Mandarin with English and Chinese subtitles in select 3D IMAX theaters across the United States and Canada on Thursday, to be followed by other theaters next week.

"We're opening on 66 IMAX 3D locations for the first week and anticipate being on well over 100 screens for the 2D rollout on Sept. 6," said Jason Pfardrescher, executive vice president of Well Go USA.

"We have lofty expectations for the North American release of 'Ne Zha.' We've all seen how incredibly well the film has been received in China and other parts of the world and we're eager and fortunate to have the opportunity to share this wonderful story of overcoming internal conflict while forging one's own destiny," Pfardrescher told Xinhua, adding that the film has potential to reach a box office of 10 million US dollars in North America.

"We definitely believe there's a meaningful appetite for 'Ne Zha' beyond Chinese Americans and our marketing reflects that particularly if you look at some of the theaters we're opening," said Pfardrescher.

Directed and written by Yang Yu (aka Jiao Zi, meaning dumpling) in his feature film directorial debut, the home-grown animation features a popular young hero in Chinese legends and literature such as the literary classic "Journey to the West."

Born with unique powers, Ne Zha finds himself as an outcast who is hated and feared. Destined by prophecy to bring destruction to the world, the boy must choose between good and evil in order to break the shackles of fate and become the hero.

"Ne Zha" has grossed 4.508 billion yuan (around 630.2 million dollars) through Wednesday in China. It already surpassed Disney and Marvel's "Avengers: Endgame" to become the third-highest-grossing film ever in China last week, only behind "The Wandering Earth" (4.66 billion yuan) and Chinese action film "Wolf Warrior 2" (5.68 billion yuan). Many film analysts believe that "Ne Zha" is likely to beat "The Wandering Earth" to rank number two in China's box-office history.

"Congratulations to the incredibly talented director Jiao Zi on the amazing success of 'Ne Zha.' Many, many congratulations to you on the new record! We'll definitely be seeing 'Ne Zha' in theaters on Aug. 29," wrote the Russo Brothers, directors of "Avengers: Endgame," on Chinese social media platform Weibo.

"Ne Zha" has gained positive comments from moviegoers and critics in China, scoring 8.6 out of 10 points on China's leading film rating platform Douban.

"It's such a spectacular movie I was totally blown away while watching it in (the) theater. The director is a genius with extraordinary imagination and a fully grasp of animation movie making," one IMDB user commented, adding that the film is the best Chinese 3D animated film ever and desperately expect it will be watched by more people.

"Fantastic animation, the storyline is a little diverted from the original ancient story but just as good. I almost burst into tears several times," wrote another.

An IMDB user praised the film as "the greatest Chinese animation movie ever."

"I see a glimpse of light of the Chinese animation movies, and a fire for the whole Chinese movie industry," wrote the IMDB user.

"Chinese animated feature 'Ne Zha' is based extremely loosely on the ancient legend of Ne Zha, a mystical defender born during the Shang Dynasty ... However, it's about as accurate to the old tales as Disney's Hercules was to the original Greek myths. At heart, it's really a very standard tale of a flawed young rebel growing into the hero he is born to be," wrote a film critic, Richard Whittaker, for an American newspaper.