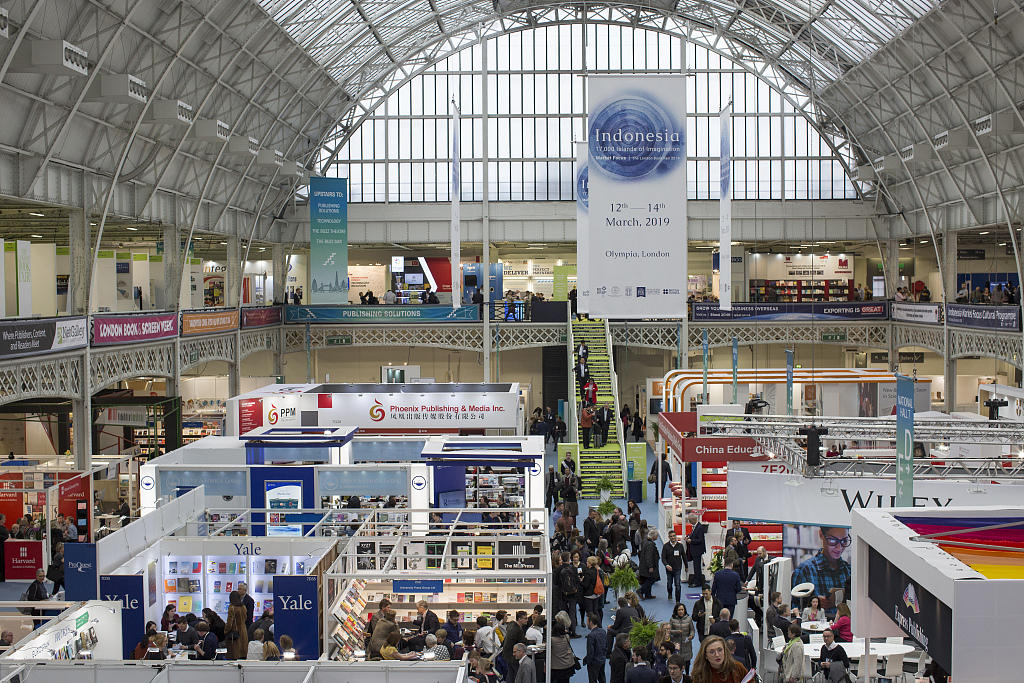 Day one of the London Book Fair at Kensington Olympia on the 12th March 2019 in London in the United Kingdom. (Photo: VCG)

Located at Taikoo Hui, one of the high-end shopping malls in southern Chinese metropolis of Guangzhou, Fang Suo Commune is an innovative bookstore nestled among luxury shops.

It beat BOA Bookstore of Vietnam and Unity Books Wellington of New Zealand on the shortlist to win the award.

"This award goes from strength to strength and the entries were exceptionally strong this year," the LBF judges said. "Fang Suo is ... breath taking in scale and conception. (There are) A vast range and constant activities and events ... that gives you a glimpse of what bookstores of the future will be."

Opened in 2011, Fang Suo Commune Guangzhou has bookshelves covering the walls from floor to ceiling. The 1,800-square-meter store boasts a coffee bar, a boutique and a handicrafts shop, and welcomes more than 2 million visitors through her doors every year.

The brand, now with branches in China's southwestern cities of Chengdu and Chongqing, and northeastern city of Qingdao, Shandong Province, aims at creating a new system for the Chinese aesthetics of life and exploring the possibilities of becoming an urban cultural complex, according to its official website.

The Audiobook Publisher of the Year Award went to Booklava from the United Arab Emirates.