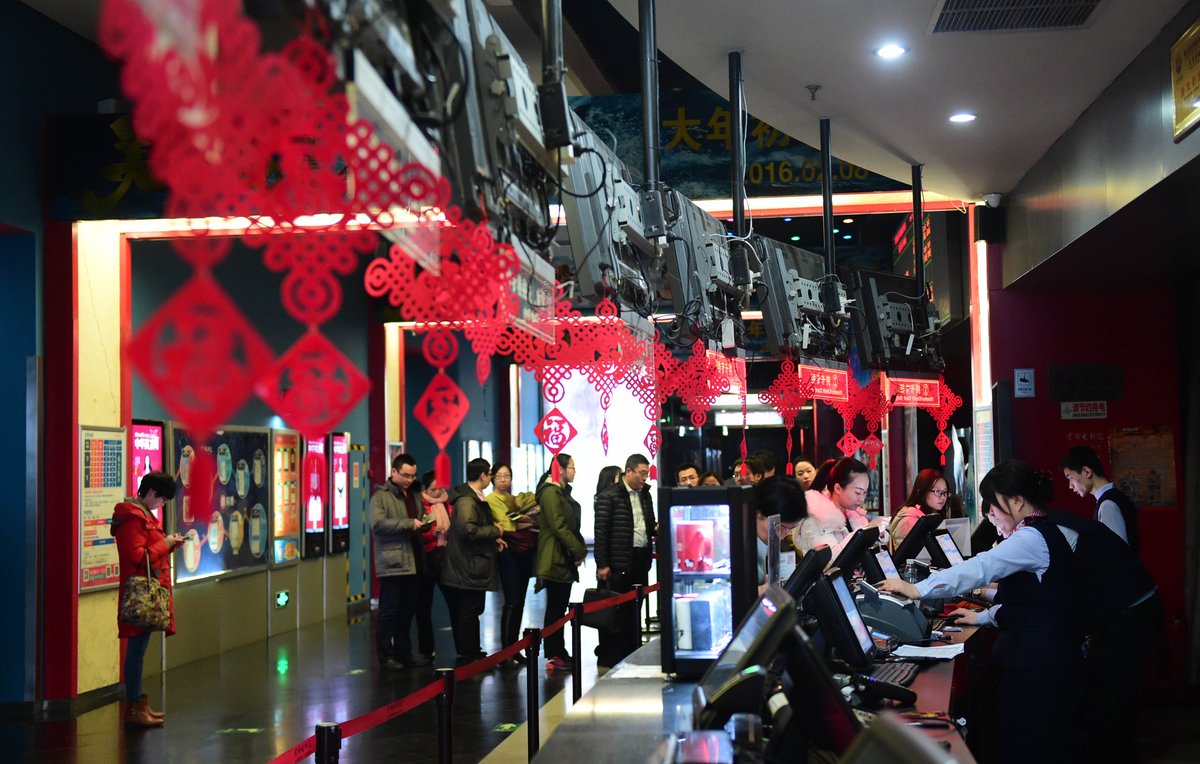 Movie-goers line up for tickets during the 2019 Spring Festival holiday. (Photo: Xinhua)

According to Maoyan, a professional box office tracker, Chinese cinemas raked in more than 1.43 billion yuan ($210 million) in sales on Tuesday -- the first day of the Year of the Pig.

The holiday around the Spring Festival, or the Chinese Lunar New Year, is a peak season for Chinese cinema screens. The previous single-day record, 1.27 billion yuan, was on last year's New Year's Day.

China has the world's second largest film market, with a box office revenue of over 60.9 billion yuan last year.

The sector's performance during Spring Festival is highly watched as it gives indications for the whole year revenue and viewers' favorite titles.

The season is usually dominated by domestic productions. This year is no exception.

China's first big-budget sci-fi "The Wandering Earth" and animation "Boonie Bears: Blast Into The Past" came in the fourth and fifth places respectively.