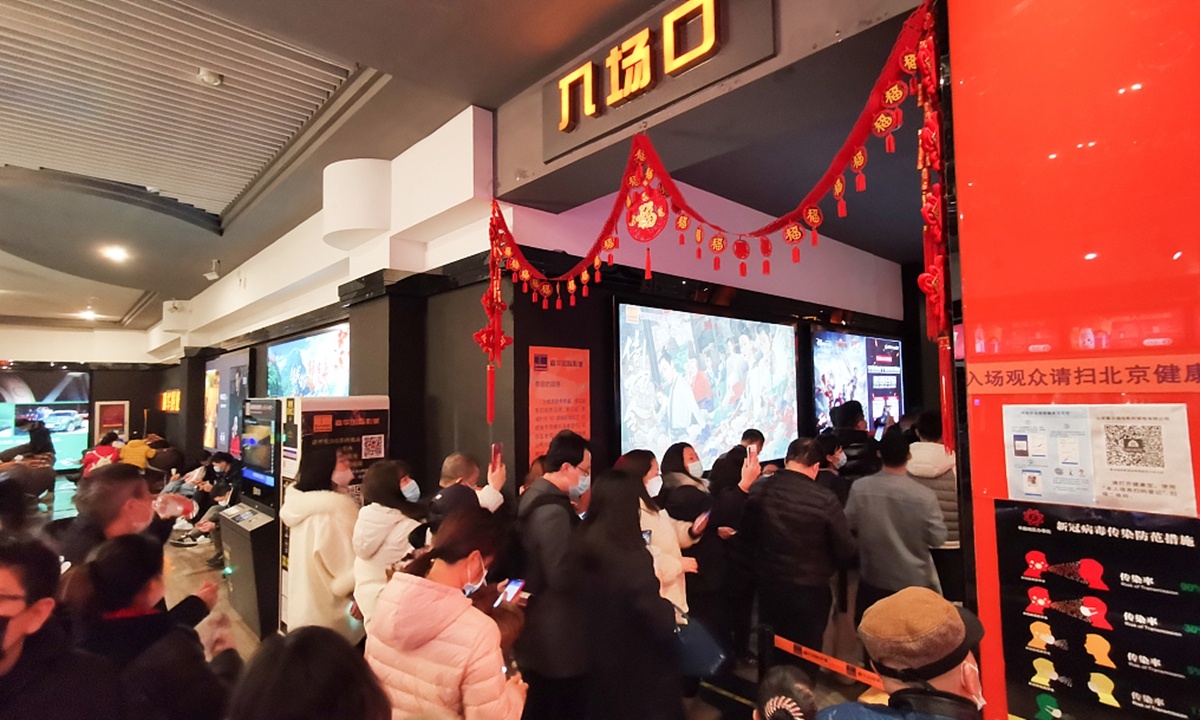 China’s movie sector ushers in its arguably best peak season during this Chinese New Year holidays, with the national box office exceeding 4 billion yuan ($620 million) in two and a half days and analysts forecast the total volume during the week-long holiday may surpass 7 billion yuan.

The big holiday is usually a peak season for Chinese cinema screens. The 2021 Chinese New Year holidays – against the background of encouraging people to stay put for the holidays as well as the country’s effective control of the outbreak – is expected to be a golden opportunity for the constrained movie sector.

Among the most popular movies, the box office for Detective Chinatown 3 has exceeded 2.3 billion yuan by Sunday noon, while that for Hi, Mom exceeded 900 million yuan, according to Maoyan.

It’s worth noting that the data came as cinemas across the country imposed strict measures to contain the spread of COVID-19, for example, a cap on viewers.

Even in large cities like Beijing, which recently lowered the theater occupancy rate from 75 percent to 50 percent due to stricter protection requirements, the movie market continues to boom.

In Beijing, Saturday’s all tickets for Detective Chinatown 3 and Hi, Mom in several business districts including Sanlitun were almost sold out by Saturday noon, and tickets are also booked out for Sunday.

Amid hot market demand, prices for popular movies also saw a jump. For example, the price of a ticket for Detective Chinatown 3 at a Wanda cinema in Chaoyang district, Beijing is now priced starting from 95.9 yuan, whereas it was priced starting from 40 yuan since February 18.

The first moviegoing peak season following heavy losses seen by many domestic movie companies, this Spring Festival holidays is of great importance to the industry’s recovery and also offers a vivid testament to the country’s steady recovery from the COVID-19 outbreak.