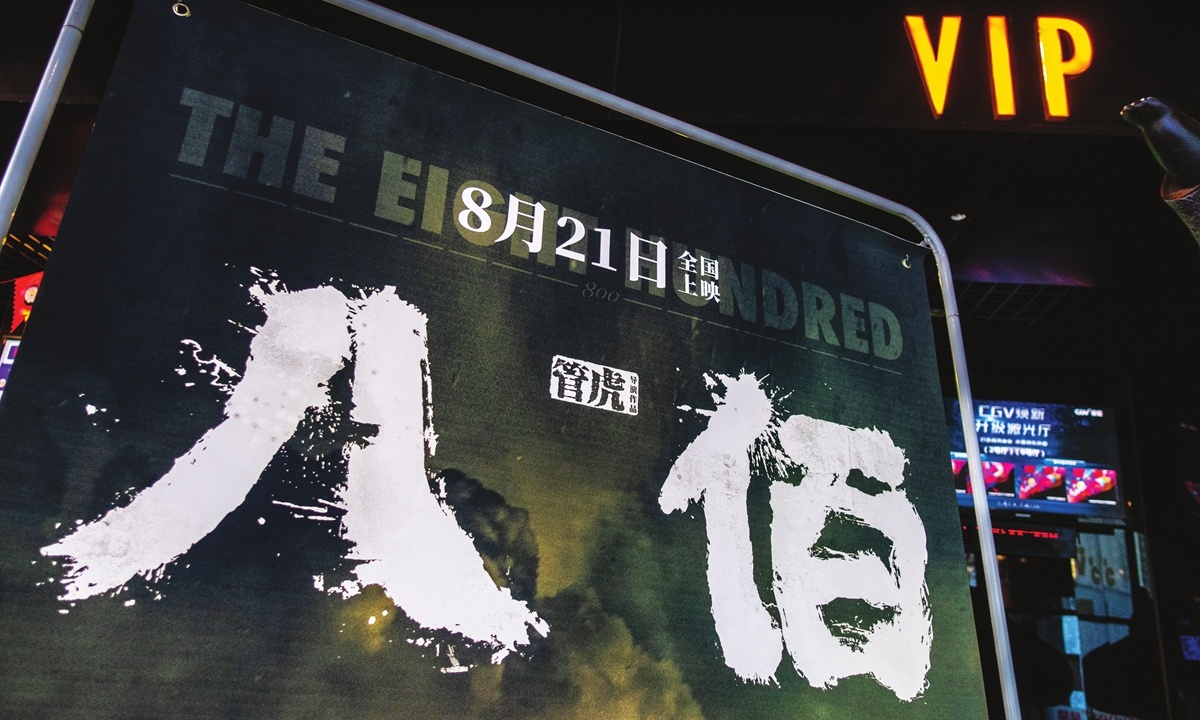 A poster for Chinese film The Eight Hundred (Photo: VCG)

Chinese war drama film The Eight Hundred, which has grossed over 2.5 billion yuan ($365 million) in the Chinese mainland to date, is set to extend its box-office run by one month until October 21.

This means the top-grossing title in the summer movie season will join the competition in the upcoming National Day holiday, during which major films like Chinese comedy feature My People, My Homeland and the long-awaited animated film Legend of Deification will be released.

The Eight Hundred continued to smash records at the box office since its release on August 21, about one month after theaters reopened in the world's second-biggest movie market following months of closure due to COVID-19.

As of Saturday morning, The Eight Hundred had raked in about 2.57 billion yuan in the Chinese mainland, according to data compiled by Maoyan, a movie-ticketing and film data platform.

The seven-day National Day holiday in 2019 proved a lucrative season, contributing 5 billion yuan to the mainland's yearly box office of over 64 billion yuan.

Similar to the 2019 blockbuster My People, My Country that also debuted around National Day, October 1, the upcoming My People, My Homeland is an anthology film.

Comprised of five stories, My People, My Homeland has one of the best known Chinese filmmakers, Zhang Yimou, as executive producer, and Ning Hao as general director.

Legend of Deification, from the studios behind 2019 hit Ne Zha, tells the story of Jiang Ziya, a mythological figure.