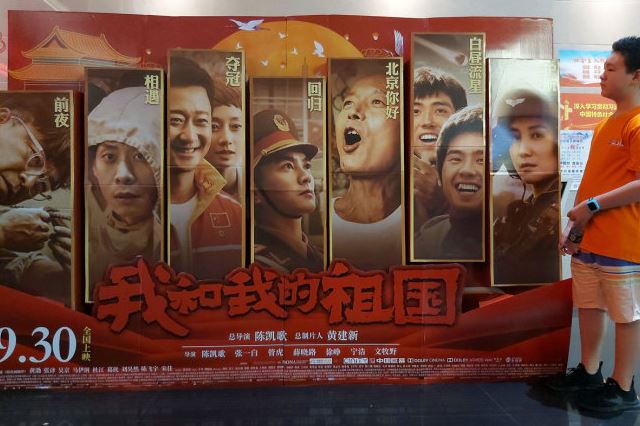 It took only 276 days – up to October 3 – for box office receipts to pass the threshold of 50 billion yuan, the earliest date on record, according to the report.

As of Friday, 80 movies had grossed more than 100 million yuan in the Chinese mainland, among which were 41 domestic productions.

This year's top five movies in terms of ticket sales in the Chinese mainland are "Ne Zha", "The Wandering Earth", "Avengers: Endgame", "My People, My Country", and "The Captain."