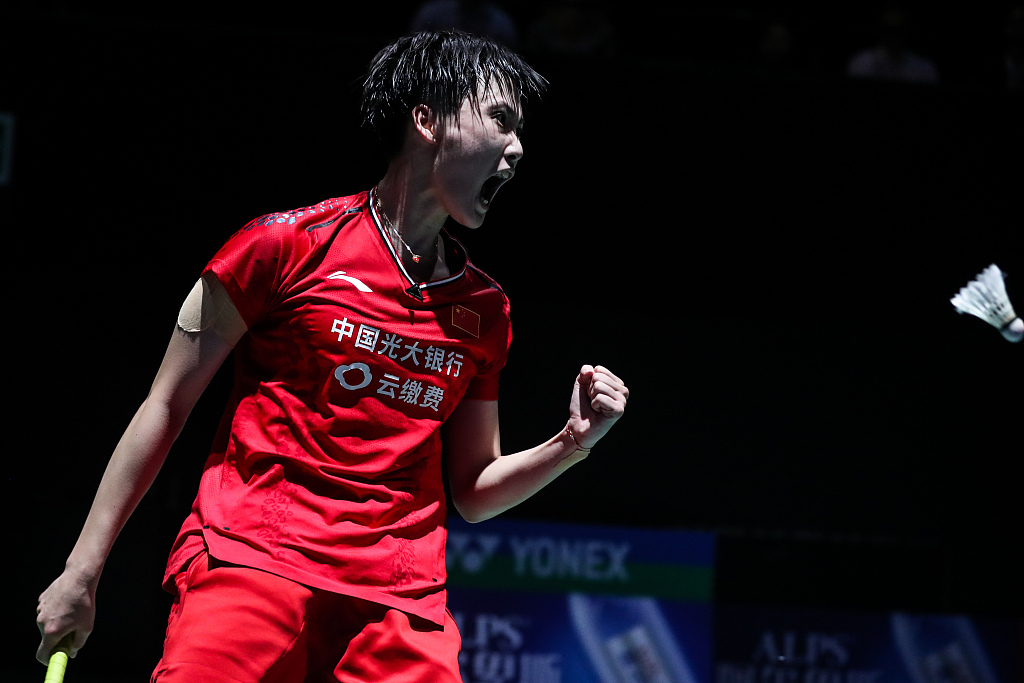 Chen conceded the first set 21-9 before bouncing back strongly in the following by forcing a decider 21-12.

The 21-year-old Chinese, who withdrew from Denmark Open due to an ankle injury last month, called a medical timeout in the third set when Okuhara led 2-1.

"I didn't twist my ankle again. It was just because of a scratch on my foot," Chen said.

The incident, however, didn't slow Chen's momentum as she took a 11-5 lead into changeover. Although Okuhara came back to cut the deficit 13-11, Chen pulled away for a 21-18 victory through her constantly changing smashes.

"I came here with an ambition to win the title this year, and tried my best on the court to make it come ture," Chen said.

Despite the agonizing loss in the final, Okuhara still secured the World No.1 spot in next week.

"I can't say I don't have pressure [for being World No.1]. I need to keep working hard in the future," the Japanese said.