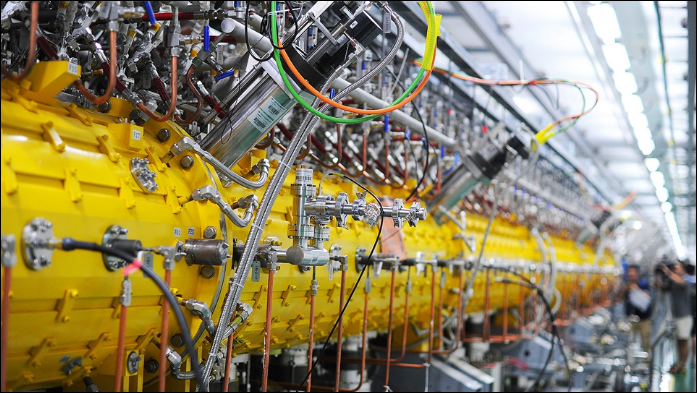 China's first spallation neutron source (SNS) has officially begun operating on Thursday, making the country the fourth in the world to possess such a facility.

The China Spallation Neutron Source, or CSNS, is considered a “super microscope” that can provide the most intense pulsed neutron beams for scientific research.

The equipment can accelerate protons before smashing them into a target to produce neutrons. The neutrons are then sent to numerous instruments that are used by researchers to study materials.

The “super microscope” is ideal for studying the microstructure of materials, said Chen Hesheng, manager of the CSNS project.

Chen added that the CSNS can be used for researching residual stress of large metal parts, which is vital for improving the performances of key parts of high-speed trains, aircraft engines, and nuclear power plants.

The CSNS consists of a powerful linear proton accelerator, a rapid circling synchrotron, a target station and three neutron instruments.

More than 90 percent of the equipment was based on independent research and development and can be domestically produced.

Construction of the CSNS project in China started in 2011 in Dongguan City, south China's Guangdong Province, with a total investment of around 2.3 billion yuan (364 million US dollars).

As one of the largest science and technology infrastructure projects in China, the equipment is expected to have positive effects in promoting the sciences, high-tech development, and national security.