The Chinese team FunPlus Phoenix (FPX) won the 2019 League of Legends World Championship, after beating European challengers G2 ESports (G2) 3-0 in the grand final at the Accorhotels Arena in Paris, France on Sunday. 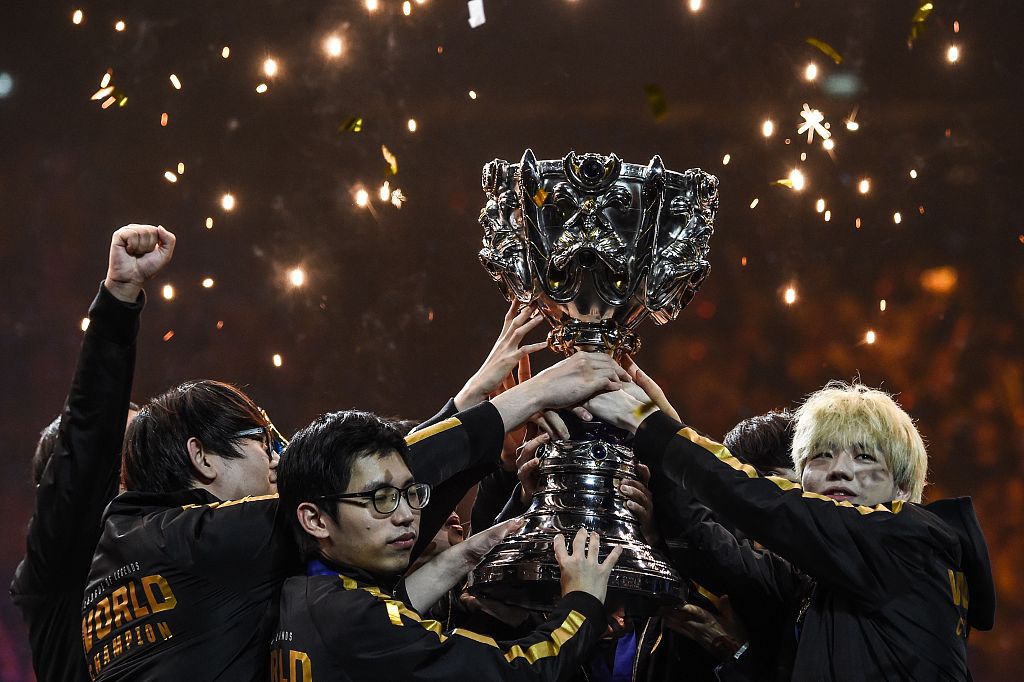 Chinese team FPX celebrate with the trophy after winning the "League of Legends" videogame world championship final against European team G2 on November 10, 2019 at the AccorHotels Arena in Paris. (Photo: VCG)

The game, developed 10 years ago by Los Angeles-based Riot Games, sees teams of players face off in a virtual battle arena with one main goal: destroy their opponents’ “Nexus” base.

Ahead of the game, the European team were the favorites to win, after not losing a tournament all year. But the grand final made Paris’ AccorHotels Arena a showcase venue for FPX’s ability. FPX dominated from the start to finish to win the five-game series 3-0. While the first game was the closest, lasting 40 minutes, the Chinese team quickly got a big lead. It took them 25 minutes to win game two and another 30 minutes for game three.

“FPX is a really good team, so even if we had played better it would have been rough,” said G2 coach Fabian Lohmann, whose gaming name is “GrabbZ”.

The win makes FPX the second Chinese team in a row to win the competition with Invictus Gaming lifting the Summoner’s Cup last year. It will also give a great boost to the already booming e-sports industry in China.