China's Gong Lijiao won gold in the women's shot put at the Oslo stop of the IAAF Diamond League, as the 2012 London Olympic runner-up claimed her first title on the athletics circuit this season. 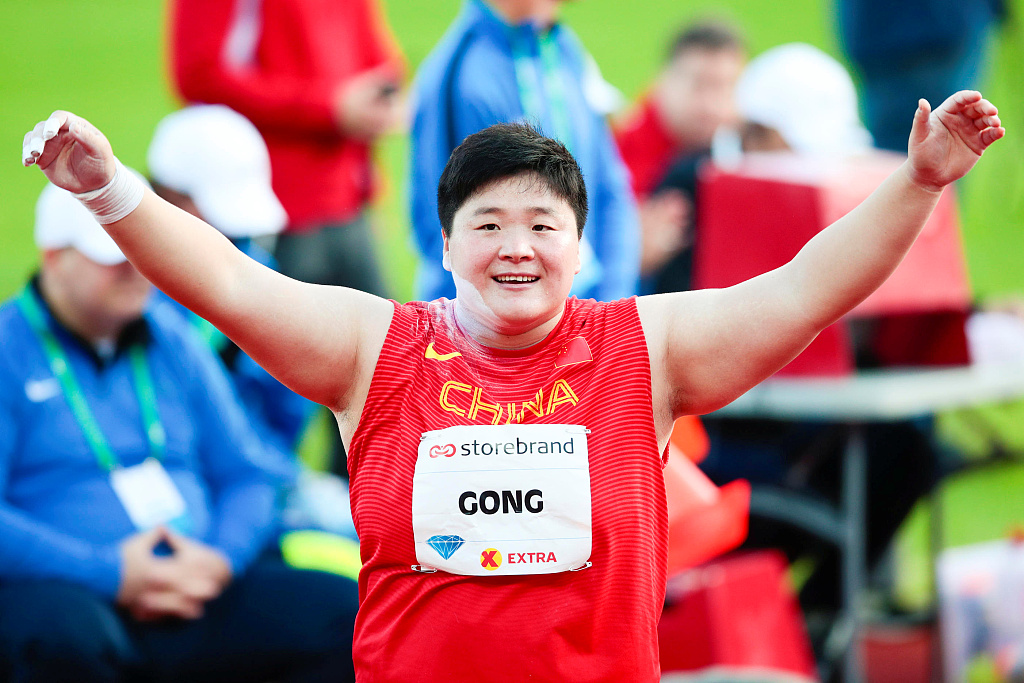 Gong, the reigning World Champion and Asian Games gold medalist, took the lead with an opening throw of 18.85 meters.

After fouling on her fourth attempt, the 30-year-old came back with an effort of 19.51 meters, to top the podium ahead of the USA's Chase Ealey and Fanny Roos of Sweden.

In the men's 100 meter dash, Chinese sprinter Xie Zhenye challenged a field that included Americans Christian Coleman and Mike Rodgers. The 25-year-old from Zhejiang Province managed to meet the qualifying standard for the 2020 Tokyo Summer Olympics, by finishing as the runner-up in 10.01 seconds.

Coleman grabbed gold in a world leading 9.85, while Rodgers bags bronze in 10.04.