China's rapid economic growth and huge box-office figures has long made it an attractive market for movie and TV studios. However, not many people know that China is also attracting the attention of international publishers with its growing market for foreign books. 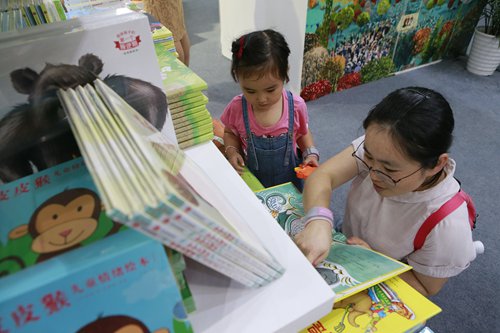 A young mother and her daughter look at a book at the Beijing International Book Fair on Wednesday. (Photo: Li Hao/Global Times)

The 25th Beijing International Book Fair kicked off on Wednesday. The largest event in the festival's history, the five-day event encompasses 97,000 square meters of exhibition space and is presenting more than 300,000 book titles from 93 countries and regions. According to estimates, around 2,500 publishing houses from home and abroad are taking part in the show.

Notably, for the first time, British publishers make up the biggest international contingent at the fair, with more than 56 companies coming all the way to Beijing to share their books and experiences with Chinese readers and industrial professionals. Celebrated publishers, such as Penguin and Oxford University Press, are all on the list. The lively cultural exchange reveals foreign publisher's ambitions for the Chinese market.

Children's books on the rise

"I have seen a huge increase in the demand for English language books, not just the translation rights for Chinese, but also books for young children," Grant Hartley, director of the English Language Export Department at UK publisher Usborne, told the Global Times. He stressed that Chinese children are exposed to foreign languages, English in particular, at "an incredibly young age."

"We would have traditionally sold books for six-year-olds, but now we are increasingly getting demands for books for, maybe, children of the age of 3," Hartley said, going on to describe Chinese consumers as "very hungry for knowledge, very keen to find the best books for their children and interested in international brands."

Hartley's observation echoes many overseas publishing professionals. With Chinese parents investing increasing amounts of time and money in their children's education, the children's books sector - including e-books, online programs and other derivatives - is expected to continue to grow and become a major force drawing foreign publishers. 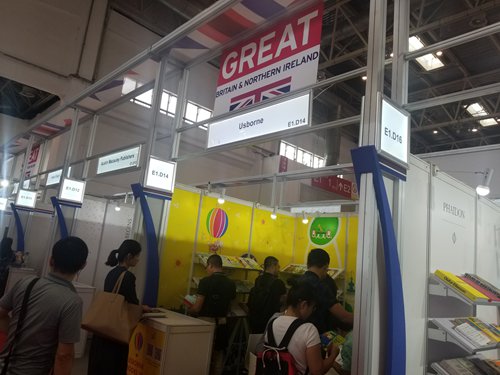 Meanwhile, Chinese readers have show increasingly diversified tastes when it comes to foreign books. History, literature, science, computing and business are all popular genres, a trend believed to be fueled by a growing middle class eager to learn about the world. Interestingly, the self-help and lifestyle genres are seeing quick growth in popularity. Based on Openbook data, imported self-help books had a 34 percent market share in the self-help category in China during the first six months of this year - actually outperforming the 33 percent market share imported literature achieved in its category.

Jenna Brown, a rights manager with the UK's Watkins Media, told the Global Times that self-help books, especially parental self-help books, are selling well in China. Books such as Anatomy of Loneliness by Teal Swan and You Can Thrive After Narcissistic Abuse by Melanie Tonia Evans are popular choices.

It is not just British books that are appealing to Chinese readers. According to Yang Lei, vice-general manager of OpenBook, US works enjoy the biggest share of the Chinese market for foreign works, followed by the UK, Japan and France.

However, it is still too early to predict who will be the biggest winner since overseas publishers are still getting to know Chinese readers.

"I don't just want to bring them all. I want to slowly inject what is appropriate because I want to put up a name in here and be well recognized as an international publisher," said Jade Robertson, international publishing director for Austin Macauley Publishers, stressing that the company is still figuring things out and is keen to learn more about Chinese consumers so it can offer what they really need.