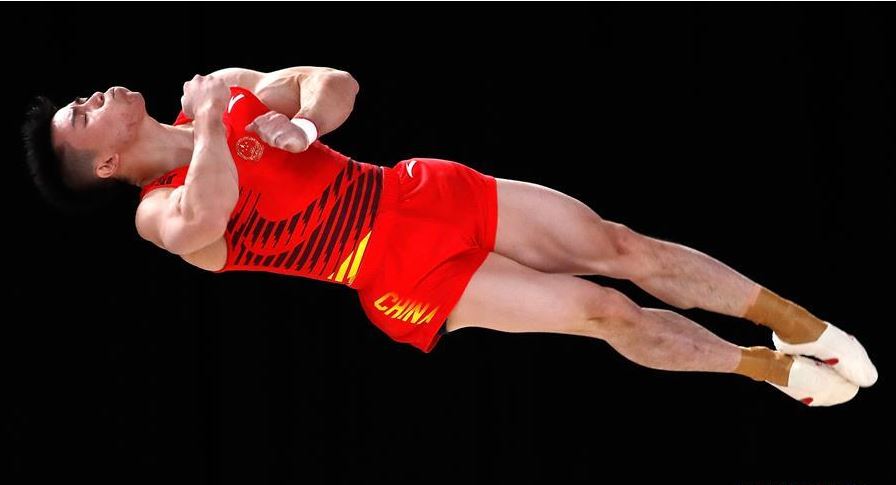 Lin presented equal strong performances in parallel bars, high bar, pommel horse and vault, propelling him to gold. Xiao, who was taking the lead in the first three rotations, however, failed to finish a handstand on pommel horse in time, which sent him down the rankings.

The Chinese team submitted an enquiry to judges and Xiao's score was then raised to 13.900 from 13.200 points, which is not good enough to bring Xiao back to top yet.

According to the artistic gymnastics competition rules at this Asian Games, qualifications for team and apparatus finals, and individual all around finals have been merged into one single competition.

On team event, eight teams were qualified into the finals. China was ranked the first, followed by Japan and then South Korea. The other five teams are Chinese Taipei, Vietnam, Kazakhstan, Uzbekistan and Iran.

Japan did not send their top gymnasts here in preparation for the Artistic Gymnastics World Championships in Doha from late October to early November.

The women's event will start on Tuesday.