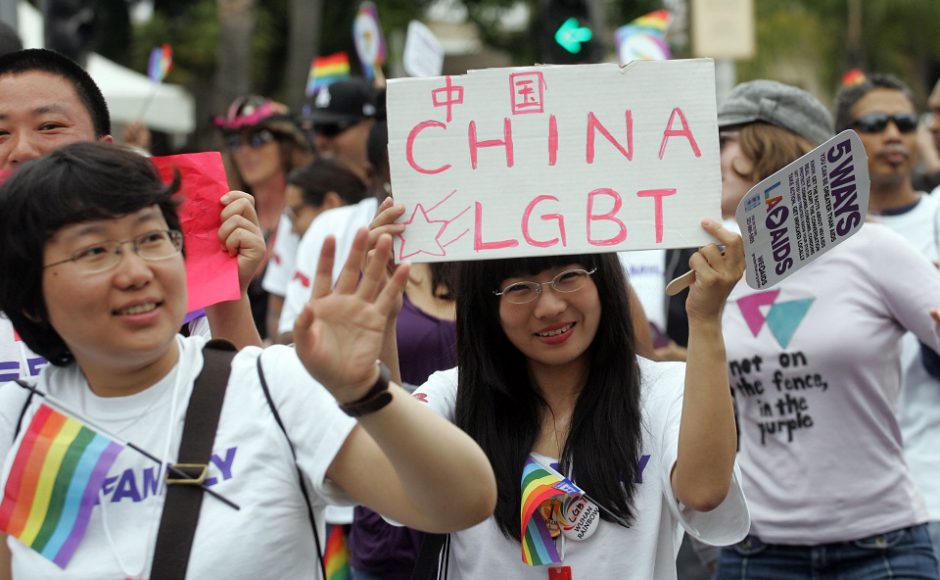 China's LGBT community is urging policymakers to pay attention to school bullying over gender issues and suggested that gender pluralism education be taught in schools. "Gender bullying is common on Chinese campuses - students are bullied because of gender, temperament, gender orientation and gender identity. Though China issued regulations against school bullying, it failed to address cases related to gender issues," Common Language, a Beijing-based non-profit organization, wrote in a recommendation sent to deputies of the National People's Congress for the upcoming two sessions in March. "Our survey showed that almost one-fourth of our respondents have suffered from school bullying, of which 40 percent is bullying related to gender issues, including sexual orientation. School bullying related to gender issues on campus would undermine students' performance, force them to drop out of school or even lead to hurting themselves or committing suicide," read the recommendation, according to the document sent to the Global Times by Common Language on Monday.A total of 20 non-government organizations and several legal experts participated in the writing of the recommendation, which represents a voice for China's LGBT community, Xu Bin, the director of Common Language, told the Global Times. Lack of gender pluralism also leads to domestic violence, which does greater damage to the victim, the founder of a Guangzhou-based NGO, Trans Center, who identified herself as H.C., told the Global Times. "There is a lack of education on gender pluralism and little chance for these groups to voice out. Many people don't even get to hear about gender pluralism," H.C. said, adding that these groups need greater government support. Thanks to reports on the internet and the press, the public's view on gender pluralism has widened in the past 20 years, but not enough. Gender pluralism education should be taught in schools, Xu said.New laws should be issued or revised to include gender bullying and discrimination. "A clear statement on the issue would show that policymakers are aware of what the students are suffering and are willing to act accordingly," reads the suggestion.