China's home favorite, the military pentathlon team, finished with five of six gold medals at the 7th Military World Games, demonstrating how they compete in peacetime for their compatriots. 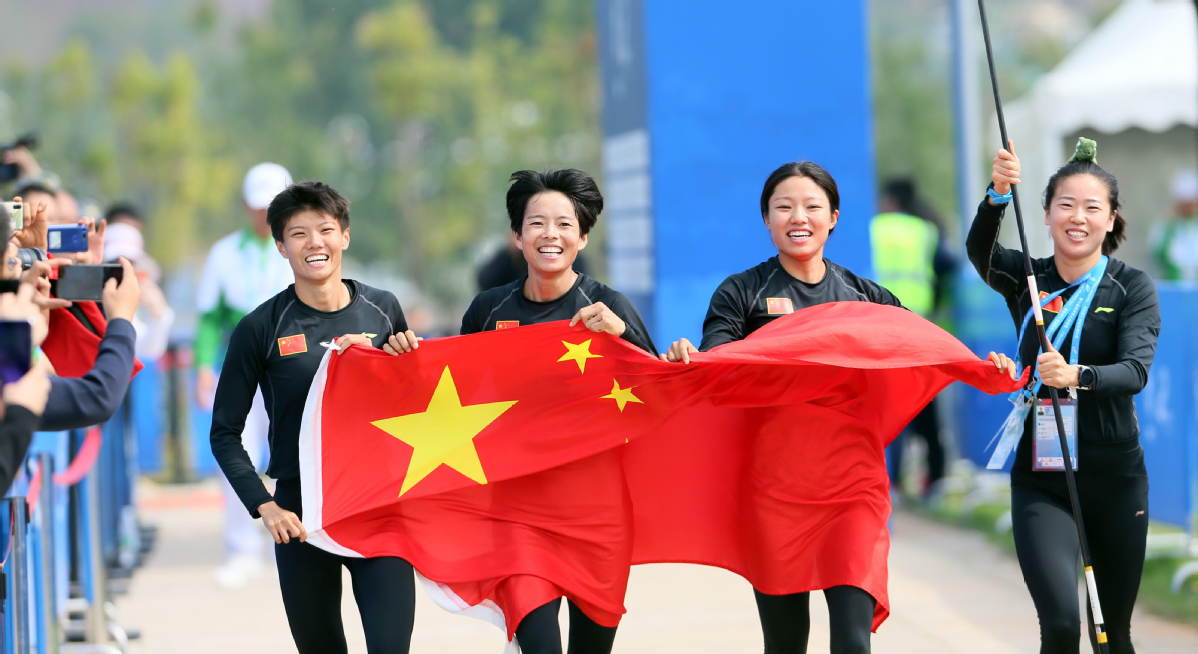 The women's team grabbed the obstacle run relay gold on Thursday, after they and their male teammates bagged individual and team golds at the 7th Military World Games in Wuhan.

With the pentathlon, home fans got a chance to see a sport that tests similar skills soldiers use in real battle. With each of the five events competed one day, it is believed to be the toughest sport at the military games as it tests five of the basic competencies to judge the combat prowess of an individual soldier.

Chinese soldiers kept their compatriots and the world wowed from beginning to the end with one world record after another; their names and the sport gained a new profile in China during the games:

Pan Yucheng, 28, became the world's first man to break two minutes and 10 seconds in the obstacle race, with a time of two minutes and 9.41 seconds. He became a star virtually overnight and was considered "a man like a bullet".

Pan Yucheng, wearing black, competes in the men's obstacle run of the men's military pentathlon during the 7th Military World Games in Wuhan on Oct 20, 2019.

Both the men's and the women's team world record were renewed.

There are five events — 200-meter shooting, 500 m obstacle run, 50 m obstacle swimming, throwing and cross country. The obstacle run was the most popular event, as pentathletes scaled different style of obstacles while racing at an adrenaline-pumping pace.

Li Chunmei, coach of the Bayi women's military pentathlon team, said a women's pentathlon athlete would never succumbs to any obstacle, even those of the same size as their men's counterparts.

Established in 1980, the Chinese military pentathlon squad had won 109 world titles and 66 world record under belt before the Wuhan Military Games, including the men's 18 consecutive world champion and the women's 13 in row after the annual world military pentathlon championships in Brazil in 2013. Eight technique skills in the sport were regarded as created by Chinese pentathletes.

"Soldiers' only aim is to be the first," Li said. "Imagine a real battlefield; there are no runners-up."

Zhao Min, coach of the men's team, said the sport has been introduced to all the military forces and special forces as one of the drill programs.

For grassroots sport lover, however, the sport is not recommended and requires special long-term training.

Lu Pinpin, China's youngest participant and a newcomer to the military games, said a military pentathlete is supposed to run at least 80,000 kilometers cross-country and climb over the five-meter rope ladder thousands of times before becoming a world-class pentathlete. 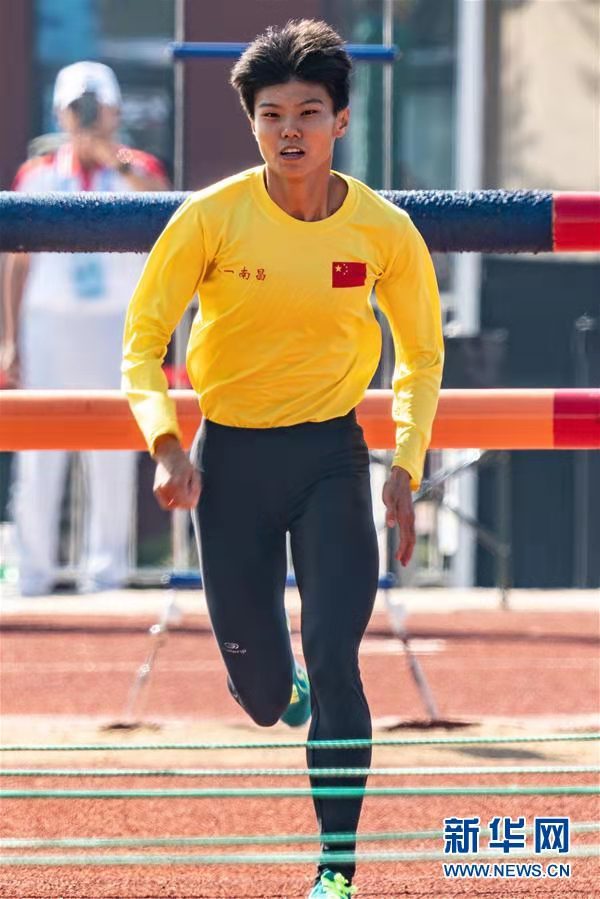 China's Lu Pinpin competes during the obstacle run of the women's military pentathlon at the 7th CISM Military World Games in Wuhan on October 20, 2019. (Photo: Xinhua)

"Ordinary people can do similar exercises by reducing the size of obstacles," said Xu Hao, a researcher at the Jiangsu Research Institute of Sports Science, adding that the five-meter ladder, for example, is not recommended without protection.