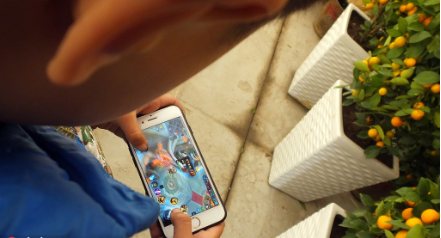 China's mobile game market growth rate has fallen sharply due to the lack of quality new games, according to a report released by Gamma Data recently.

The actual sales revenue of the country's mobile games market saw a 15.4 percent growth to 133.96 billion yuan ($19.82 billion) last year, while its growth rate suffers a decline for five consecutive years after a 246.9 percent rise in 2013, said Beijing Business Today.

The lack of competitive new games is blamed for the slowdown, and users are more attracted to other entertainment products which boast multiple forms, and are also accessible.

After years of mobile game market development, players have taken their initiative in choosing what they play, requiring higher quality and experience. That is to say, users will turn their back on those games once the quality misses their standards.

In addition, external factors, such as a freeze on approvals for video games earlier last year also caused a significant reduction in numbers of newly released games.

Last year, the industry saw a 9.2 percent year-on-year increase in users to 605 million due to the outbreak of the niche game market. However, the report said the increase has little effect on the overall growth trend.

China released 80 video games after approval resumption in last December, and the second batch of 84 approved games was also announced in January, most of them are mobile games from small and medium game producers.

Gaming industry faces increased competition and challenges as more approved games are pouring into the market, said insiders, and the key to gain the favor of users is quality.