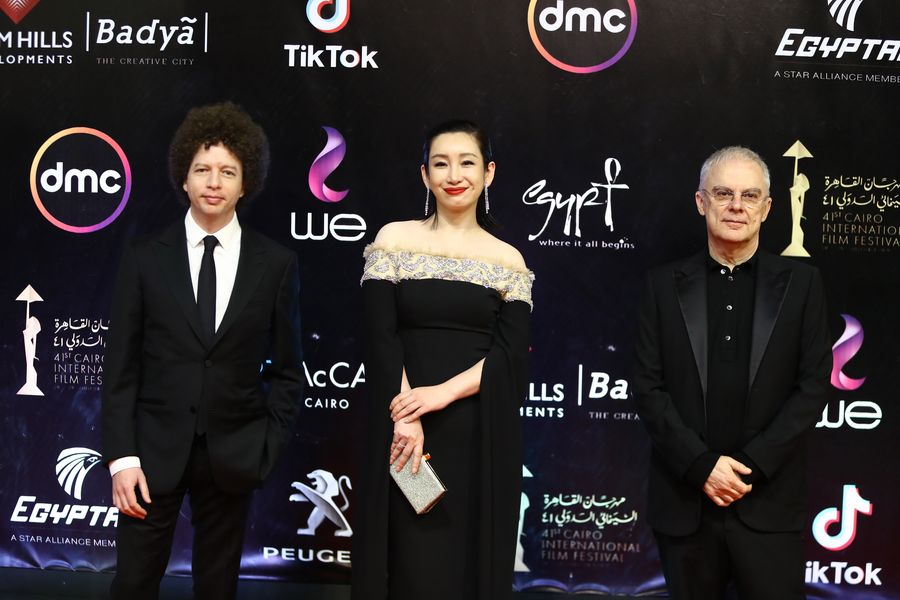 During a star-studded closing ceremony of the gala, the jury announced the winners of the awards of this year's edition.

Held from Nov. 20 to 29 under the auspices of the Egyptian Ministry of Culture, a total of 153 films from 63 countries were screened, with 35 international and regional premiered during the festival.

The festival's international jury awarded seven prizes for the best film, director, screenplay, actor, actress, artistic contribution and the first or second work of a director in the international competition section.

China's "The Fourth Wall," which is co-directed by Zhang Chong and Zhang Bo, won the Bronze Pyramid Award for Best First or Second Work.

Naguib Mahfouz Award for Best Screenplay went to Palestinian filmmaker Najwa Najar for her movie "Between Heaven and Earth."

The jury chose Filipino Judy Ann Santos as the best actress for her role in melodrama "Mindanao," while Mexican Juan Daniel Garcia Trevino won the best actor for his role in "I'm No Longer Here."

China took part in the festival's international competition that included 15 films, including the "Fourth Wall" and "Summer of Changsha," while "So Long, My Son" participated in the Official Selection out of Competition.

Established in 1976, the CIFF was cancelled in 2011 and 2013 for security reasons, as they coincided with the ouster of two heads of state in the most populous Arab country.