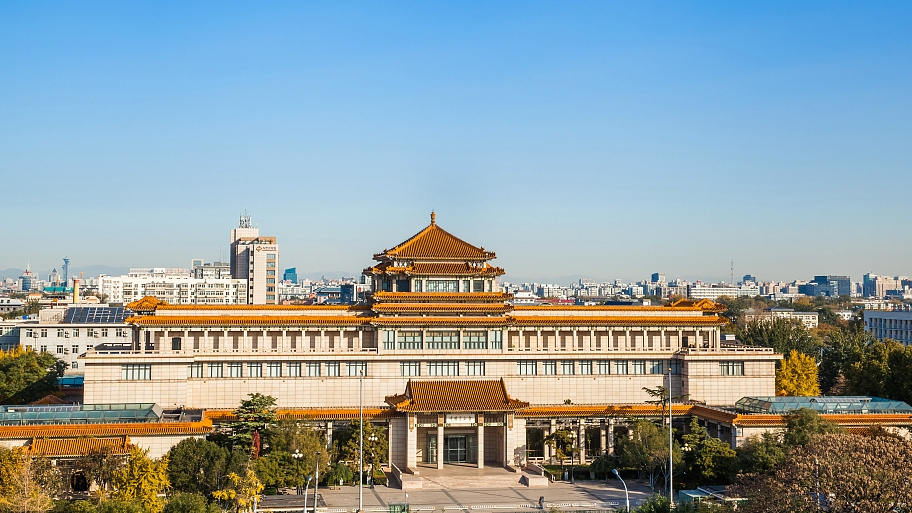 The National Art Museum of China (NAMOC) is presenting three major exhibitions during the Spring Festival to promote "exchanges among civilizations."

"Beauty in Landscape" displays 300 pieces of landscape art that the museum has collected since the founding of the People's Republic of China in 1949, including traditional Chinese painting, oil painting, prints, watercolors and sculptures showing the nation's natural scenery.

Works of well-known artists such as Qi Baishi, Lin Fengmian, Huang Binhong, Liu Haisu, Li Keran and Fu Baoshi have been on display.

The "Mutual Learning of Civilizations" displays about 200 print works collected by NAMOC and Heilongjiang Provincial Art Museum, highlighting the building of a better world by drawing on the experiences of different civilizations.

The museum has also exhibited 115 wood-carvings from African countries, including Tanzania, Mozambique, Cote d'Ivoire and Kenya, to depict the daily lives of Africans and the worldviews of African artists.