BEIJING, June 18 (Xinhua) -- The National Library of China will strengthen the restoration and protection of ancient books, according to Zhang Zhiqing, the library's deputy chief. 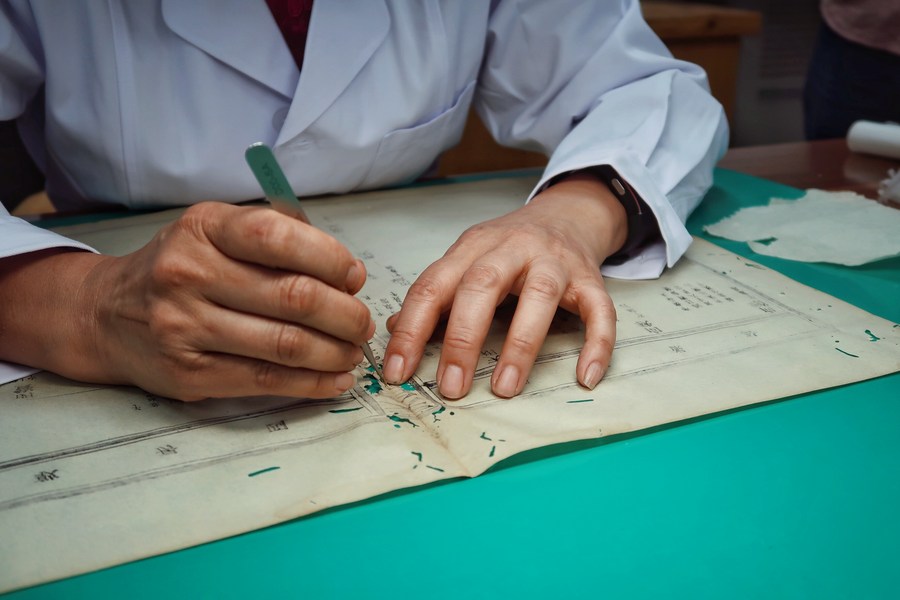 Photo taken on May 13, 2021 shows Wang Jinyu restoring a page of an ancient book at the Tianyige Museum in Ningbo, east China's Zhejiang Province. (Xinhua/Zheng Mengyu)

The library will carry out a project to restore 100 ancient books and train 100 restorers in one to two years, he said.

The ancient books will include Yongle Encyclopedia, the largest encyclopedia from ancient China, as well as books on the Yellow River and Yangtze River.

The library will cooperate with ByteDance, a Chinese tech company, to use technology in ancient book restoration and protection. The company has devoted 10 million yuan (1.55 million U.S. dollars) in funds for the project.