China's oldest Koran manuscript has been on display in northwest China's Qinghai Province since last month, making its debut to the public. 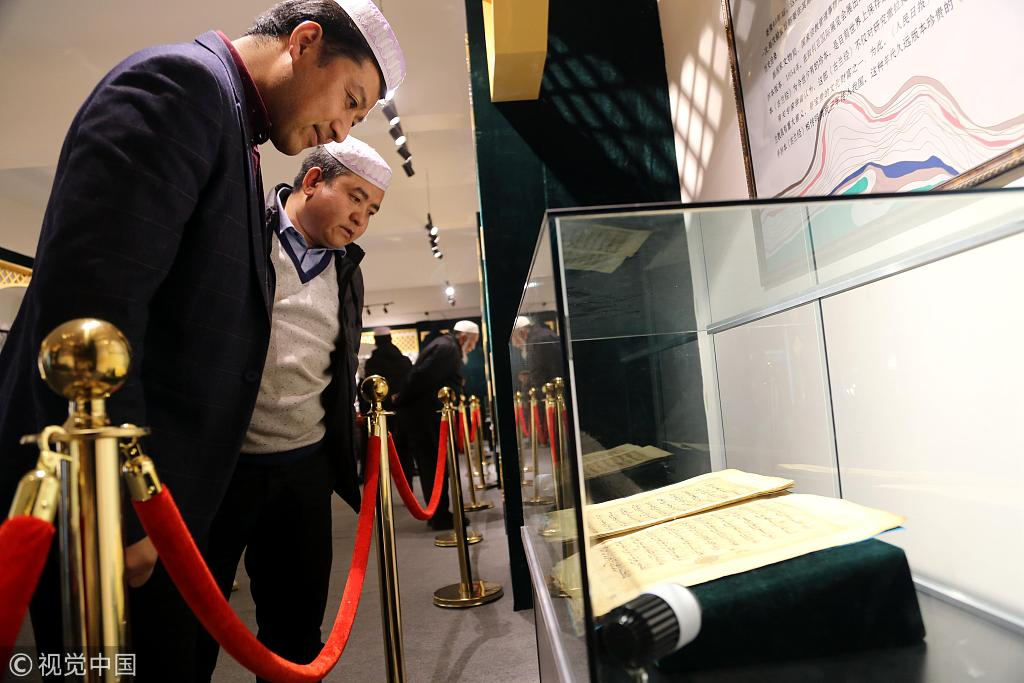 Estimated to be between 1,100 and 1,300 years old, the Koran is considered to be one of the three oldest manuscripts in the world.
The 867-page manuscript is comprised of 30 volumes and packaged in two slipcases, weighing 12.79 kilograms. Its rhinoceros skin cover is printed with beautiful patterns, while the cover of each volume is framed with blue silk.
It was added to the Catalogue of National Rare Ancient Books in 2009, and underwent restoration by domestic experts in 2017. The restored book was then stored in a climate-controlled glass cabinet that features adjustable oxygen levels, temperature and humidity.
According to legend, the ancestors of the Salar minority group, who believe in Islam, carried the Koran leaving their homeland in central Asia, and settled in what is now the Salar Autonomous County of Xunhua, Qinghai Province, in the 13th century. The book is currently kept at the county's Jiezi mosque.
"I took my relatives with me to the exhibit. It is a treasure of our ethnic group and country," said Han Guolong, a local villager of the Salar minority group. "Seeing the manuscript, I feel deeply impressed."
Every day, the exhibit attracts about 6,000 visitors, who mainly come from Qinghai and neighboring Gansu Province, where many Muslims live.
Cover image: China's oldest Koran manuscript is on display in the Salar Autonomous County of Xunhua, Qinghai Province, January 23, 2019.