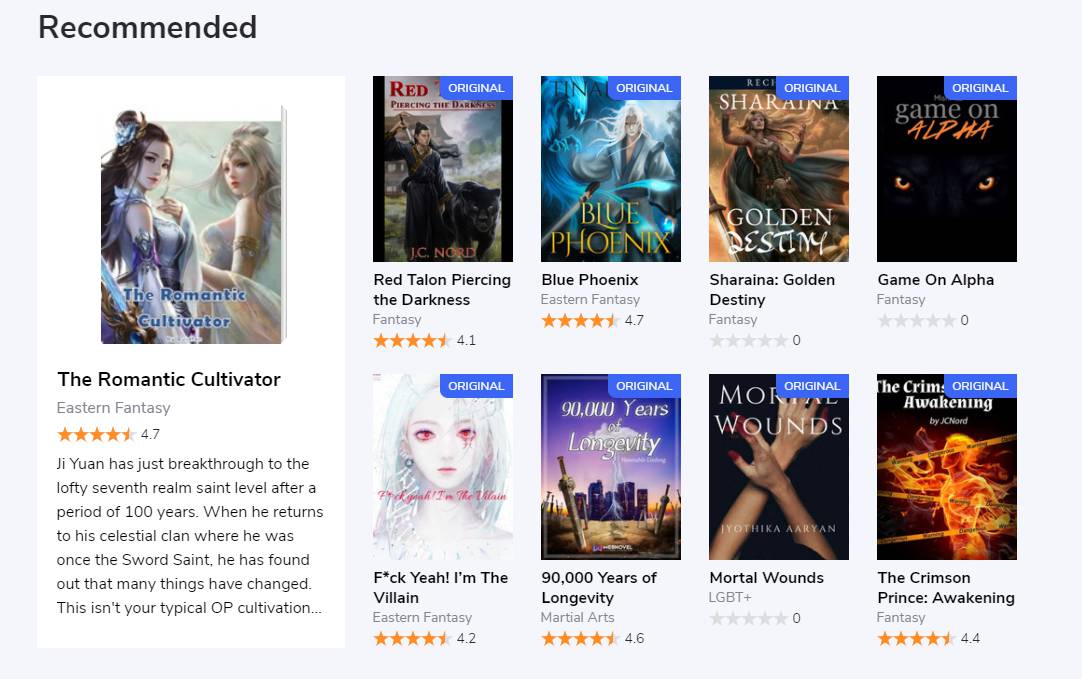 A screenshot of Webnovel

Jiong Jiong You Yao, 32, is one of the most popular online writers in the urban romance genre in China. Her novels have attracted many loyal foreign fans.

"My novels have been translated into foreign languages, such as English, Indonesian, Filipino and Spanish, and foreign readers get to learn about China through such online literature," she said.

Her success comes on the heels of China's booming online literary market overseas.

By 2020, more than 10,000 online literary works had entered overseas markets and attracted over 100 million foreign readers, according to the 2020 Blue Book of China's Online Literature released by the China Writers Association.

In 2016, she wrote a romantic novel. The novel has received more than four million clicks, and its intellectual property right was licensed to a Vietnamese cultural enterprise for film and television adaptation in 2018.

"I usually include content with Chinese characteristics in my writing, such as Suzhou embroidery and Kung fu, and I find foreign readers quite interested in these Chinese elements," she said. "I think Chinese online literature is popular not only because of the mysterious oriental elements but also because humanity in the works transcends boundaries."

Fantasy and Kung fu novels were once the driving force behind the fervor for Chinese online novels among foreign readers. Such stories were based on Chinese mythology and traditional culture, and they appealed to foreign readers.

In recent years, however, more types of Chinese online novels have opened the foreign market, as the channels for international communication became more diversified. Urban romance novels, for example, describe the lives of Chinese urbanites, and they are increasingly popular in Southeast Asia, including Jiong Jiong You Yao's works.

Jiong Jiong You Yao said that readers used to prefer the stories about domineering male characters and Cinderella-like protagonists, but now the theme has shifted to feature women's independence and striving.

"I think it's because of women's rising self-awareness in Asia, and I have incorporated the change into my creation," she added.

China's online literature has also encouraged many foreign readers to start writing. Kazzenlx, a 25-year-old Filipino author, wrote a fantasy romance novel, "Hellbound With You," which was inspired by the English version of Jiong Jiong You Yao's novel.

Statistics show that Webnovel has attracted about 110,000 overseas online writers, who have created more than 200,000 novels.

Many TV series have been adapted from Chinese online novels and become quite popular overseas, including the hit TV series "Flower Thousand Bone," "Nirvana in Fire" and "Empresses in the Palace."

"It's a great opportunity for writers that Chinese online novels can be viewed in different countries and even adapted into films and TV series," Jiong Jiong You Yao said. "We should improve ourselves to tell good Chinese stories and help people get to know more about the Chinese culture."