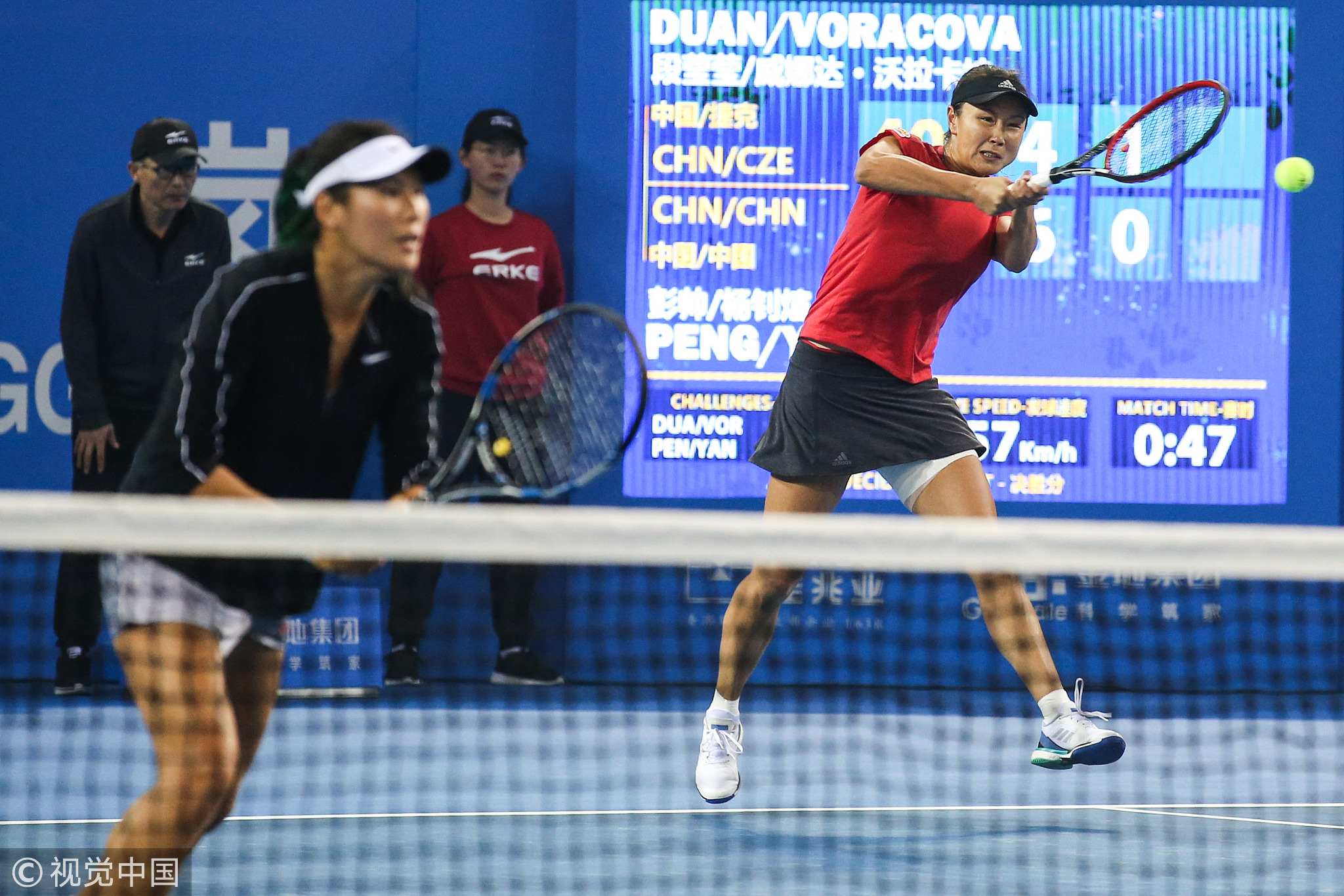 Peng, who was also a winner in 2017, secured the 22nd crown of her career. For Yang, it was her fourth women's doubles title. The two became the first pair from the Chinese mainland to win the tournament.

Peng was paired with Yang for the first time in the new season. The No.2 seeds defeated Russian Vera Zvonareva and Timea Bacsinszky of Switzerland in the semifinals.

In the final, the new champions came from behind after losing the first two games, gained a service break at 4-4 and never looked back.

In the second set, the Chinese pair went 3-1 but were pegged back to 3-3. At this point, Peng Shuai and Yang Lan regained their control, broke their opponents in the 8th game before clinching the match with a love game.

In the women's singles, 20-year-old top seed Aryna Sabalenka of Belarus overcame Alison Riske of the United States 4-6, 7-6 (2), 6-3 in the final to claim her third career title.