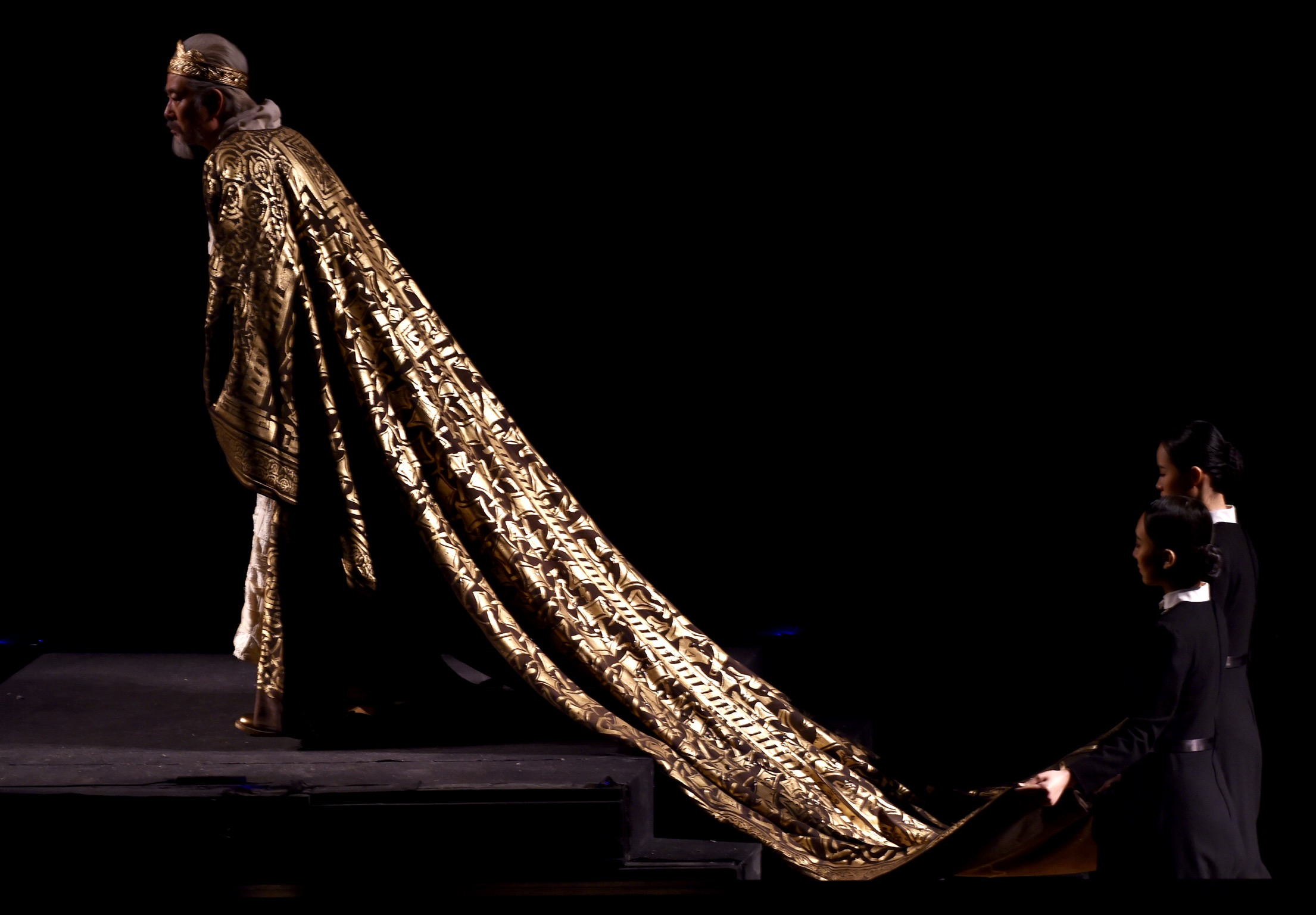 BEIJING, June 6 (Xinhua) -- The drama "King Lear" was staged at the National Center for the Performing Arts (NCPA) in Beijing on Thursday.

Directed by Tadashi Suzuki, founder and director of the Suzuki Company of Toga from Japan, the play will run until June 8.

"King Lear" is a tragedy written by William Shakespeare. It depicts the gradual descent into madness of a king after he disposes of his kingdom by bequeathing his power and land to two of his three daughters in exchange for insincere declarations of love, bringing tragic consequences for all.

The drama marks the opening of the NCPA International Theater Festival 2019 that will last until Sept. 22. A total of 12 plays from home and abroad will be performed during the festival.