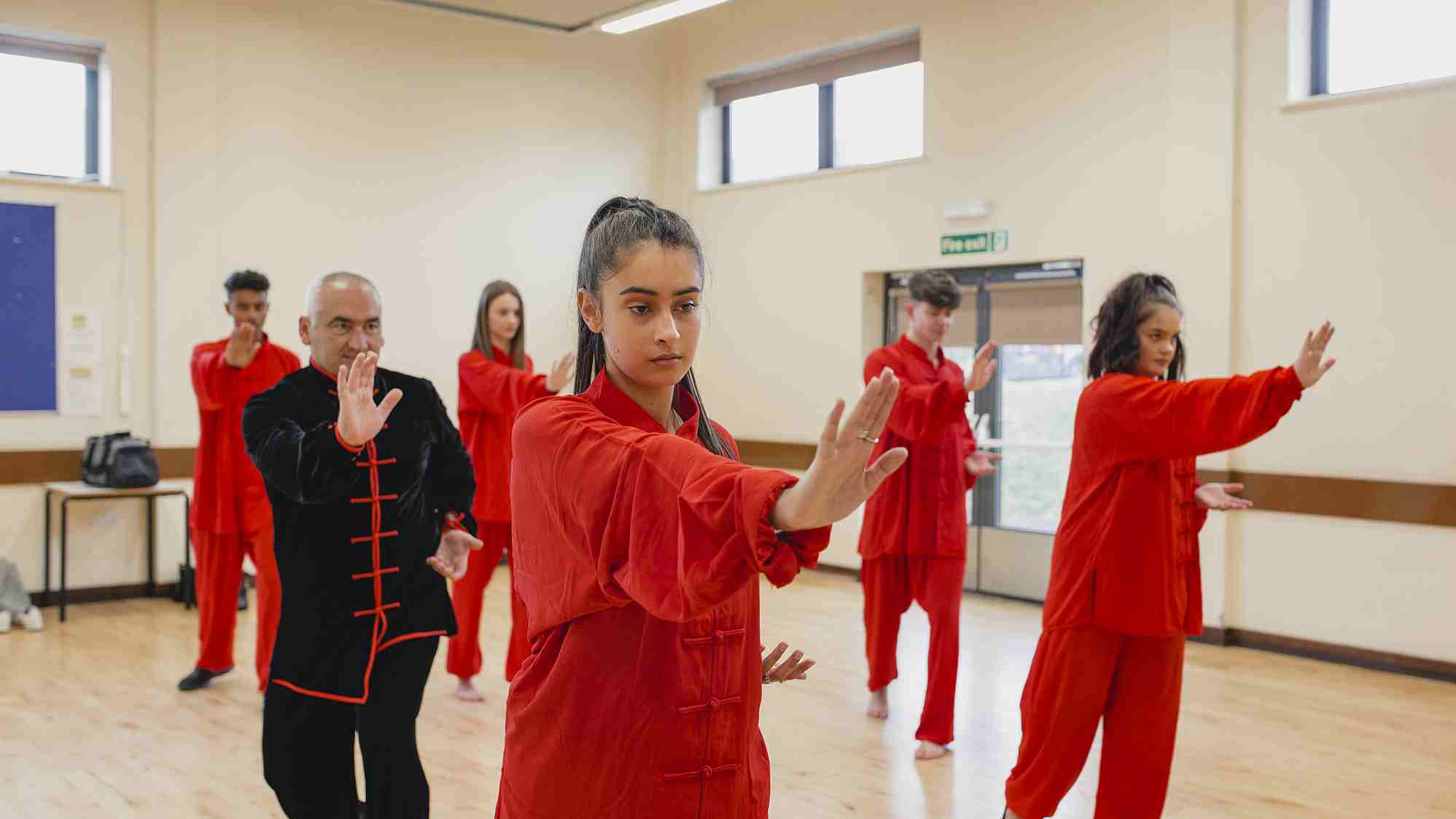 More people from Central and Eastern European Countries (CEEC) are discovering the benefits of traditional Chinese medicine and exercise, such as Qigong, a traditional martial art combined with meditation, which aims at exploiting human body's inner energy to achieve both physical and mental harmony.

The Serbian capital of Belgrade opened the 1st CEEC Health Qigong Forum on Friday, a three-day event which focused on Qigong's impact on cardiovascular and rheumatic issues.

Chinese professors Hu Xiaofei from Beijing Sports University and Wang Yulin from Tsinghua University were speaking on the day to over 100 Qigong students and instructors, medical doctors and professors from Serbia, Bulgaria, Croatia and Estonia, as well as guests from Russia and Spain.

Speaking about the cardiovascular aspects of Qigong, Hu demonstrated particular exercises that can be done during everyday activities including sitting, standing up, or walking, that could be helpful for those with office jobs who have to sit for a long time and often have a high-fat diet.

He further explained how these adapted Qigong exercises, consisting of slow circular movements, can regulate breathing and hypertension, helping people of all generations to keep their bodies and minds in shape, cope with everyday stress and preserve their general health.

Wang talked about the development of Qigong from the earliest recorded Chinese body exercises to the modern techniques marking its connections with other aspects of traditional Chinese therapy such as massage and acupuncture.

She explained how widely Qigong can be used to resolve health issues, and that according to a study, after a year of practicing it, one can experience the more vital energy and mobility, a changed state of mind, improved health, and even more confidence.

According to the Chinese Health Qigong Association, there are approximately 6.5 million Qigong practitioners in the world today, including some 2.5 million outside of the Chinese mainland.

Besides Chinese professors, lectures were given by Serbian medical doctors Mirjana Lapcevic and Vojislav Giga on the positive effects of Qigong exercise on cardiovascular and rheumatic issues.

Lapcevic, also president of the Association of Rheumatic Diseases Patients, told Xinhua that many of the 1,500 members of the association have been practicing adapted Qigong exercises twice a week for last seven years at the Institute of Rheumatology of Serbia.

She spoke highly of the well-being these exercises bring to the patients, as these can be practiced at home and they are complementary to other types of physical therapy.

Rada Pasic, a Qigong instructor from Croatia, told Xinhua that she started practicing it after spinal surgery and 20 years ago founded her own Qigong club in the city of Rijeka.

Asked about the role of Qigong for exchange between China and the CEE countries, she said it can "represent a bridge... a type of cultural cooperation that can change the state of mind of both the East and the West."

"I think that the health Qigong should be introduced as a regular therapy in our hospitals," Pasic said.

Sasa Balaneskovic, the founder of the Qigong Association of Serbia, told Xinhua that the popularization of traditional Chinese medicine, such as health Qigong, has been defined in agreements between member countries of the 16+1 China-CEE cooperation platform.

"This is the first event of its kind in the region – the first CEEC Qigong Forum – which is also being attended by certified medical doctors."

"This event is unique in many ways, as we gathered together the cultural, medical, sport and recreational aspects of Qigong. This is a good idea to bring together professionals from all of these areas of society and make further efforts to promote health Qigong in the world," he said.

Balaneskovic, who organized the forum, said that the event is being held at the same time on similar platforms across southern Europe for the first time – Italy on October 12 and October 18 in the Nordic region.

He pointed out that the CEEC region is also important as it makes up a large part of Europe and consists of 16 countries which, according to him, should have a great impact on the promotion of Qigong in Europe and might help establish more branches of the International Health Qigong Federation in the region.

Balaneskovic estimated that over the years more people have been willing to try out Qigong and similar Chinese techniques.

Among the reasons for this, he said, is that China became more visible in the region "not only with Tai Chi or Qigong, but also traditional Chinese medicine and different ways of self-help and prevention techniques."

"All those agreements between countries in culture, tourism, energy or other areas are a good wave to ride on. People are getting more acquainted with China and its culture, sport, medicine and see that this works for everybody," he concluded.

"It is beneficial, and as soon as people are more open to new things, even more of them will start to realize the benefit."