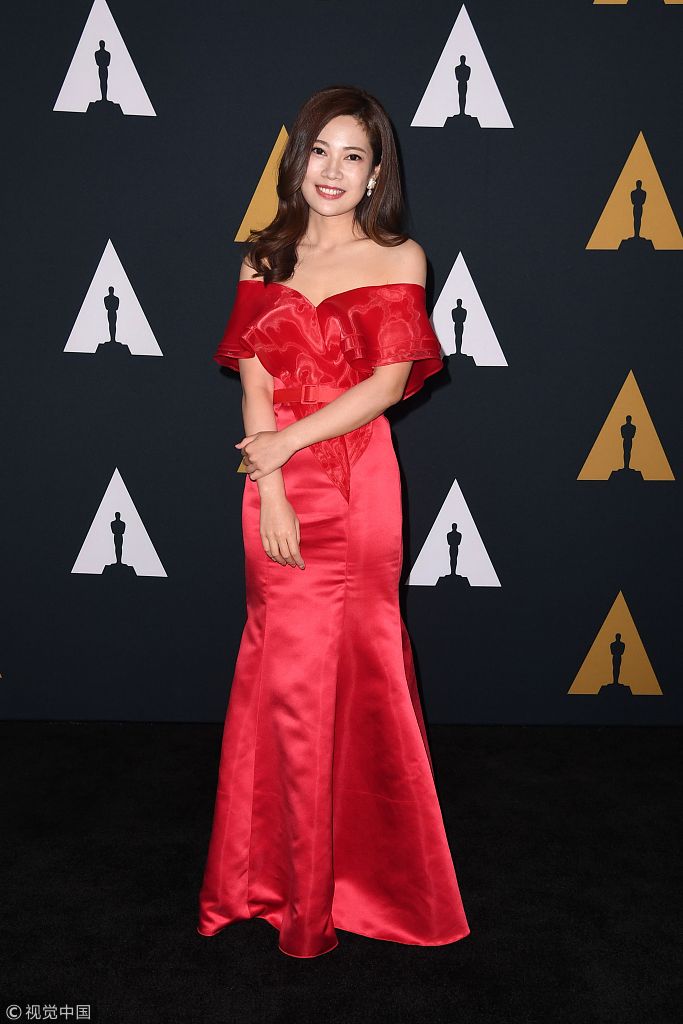 The nominees and winners represented a highly diverse group of filmmakers from around the globe of all ages, genders, races, and nationalities, among whom Chinese young stars shone bright.

The top honor for US-based students went to "Spring Flowers" directed by Tong Hua, a Chinese student from University of Southern California (USC), who won the Gold Medal for The Best Narrative Feature.

Regardless of the national origins of the filmmakers themselves, Student Oscar medals were divided into US domestic and international categories based on which university submitted their works.

"I'm proud to win the gold medal at the Student Academy Awards as a Chinese overseas student," said Tong, adding that she hopes to show Chinese culture and the development of modern China to international audiences.

It's the first time for a Chinese student to win the Gold Medal in the leading category.

"I love my motherland, I love my university," said Tong upon claiming her medal for the last award of the night.

"I grew up in China and studied at a US university. It's of great help for me to explore various cultures and showcase them in my work," she told Xinhua.

"Spring Flowers" is a poignant drama about how a young Chinese farm woman forced into an arranged marriage with a man she has never met empowers herself to follow her own path.

"This year's winners span the globe, but bring us right back home with powerful instincts we can all relate to: feelings of family, love, loss and redemption," she said.

The Student Oscars awards were established in 1972 to provide a platform for emerging global talents by creating opportunities within the industry to showcase their work. This year's winners were chosen by over 700 Academy member judges among 1,582 entries from 278 US domestic and 122 international colleges.

Internationally, the Gold for Narrative Film was awarded to Jonatan Etzler for "Get Ready with Me," of the Stockholm Academy of the Arts.

Korea's Hanna Kim, from the California Institute of the Arts, won the Domestic Animation Gold for "Raccoon and the Light," while the Silver Medal went to Yu Yu, another student of Chinese origin from the USC, for "Daisy." The plot of the animation film features a frightened young girl cared for by a robot during wartime.

In the Domestic Documentary category, the silver medal was taken home by Li Yiying, also a student of Chinese origin from USC, for her touching documentary, "Love and Loss", a bittersweet documentary that explores the question of love and intimacy for two handicapped women, one married and one single.

"Those two amazing women I filmed really showed me the meaning of strength, perseverance... and love," Li told Xinhua. "They made me a better person."

Chinese-American documentarian and presenter, Arthur Dong, said of the documentary winners, "They inspire, anger and antagonize, they make us think, they make us cry, but most powerfully, they make us care, because they put a human face on all the issues that confront us."

"Love and Loss" producer, Cai Xiangyi told Xinhua, "I felt this project focused on the disabled community would be a strong project that gave a voice to these women. We need to understand their beliefs so they trust us to enter their inner world -- that's what makes a documentary more moving."

"Chinese students were involved in several entries of the Student Academy Awards. As Chinese students in the US, it's inevitable for us to encounter various difficulties, such as language barriers, cultural differences and so on," said Gu Jiaqing, sound designer for "Love and Loss."

"But we try our best to showcase our talent, intelligence and potential at the Student Academy Awards. We have confidence in ourselves and the future of Chinese film industry," she added.

Dawn Hudson, Chief Executive Officer of the Academy of Motion Picture Arts and Sciences, told Xinhua, "We have an outstanding group of winners this year, whose unique voices show great promise for their future contributions to the entertainment industry."