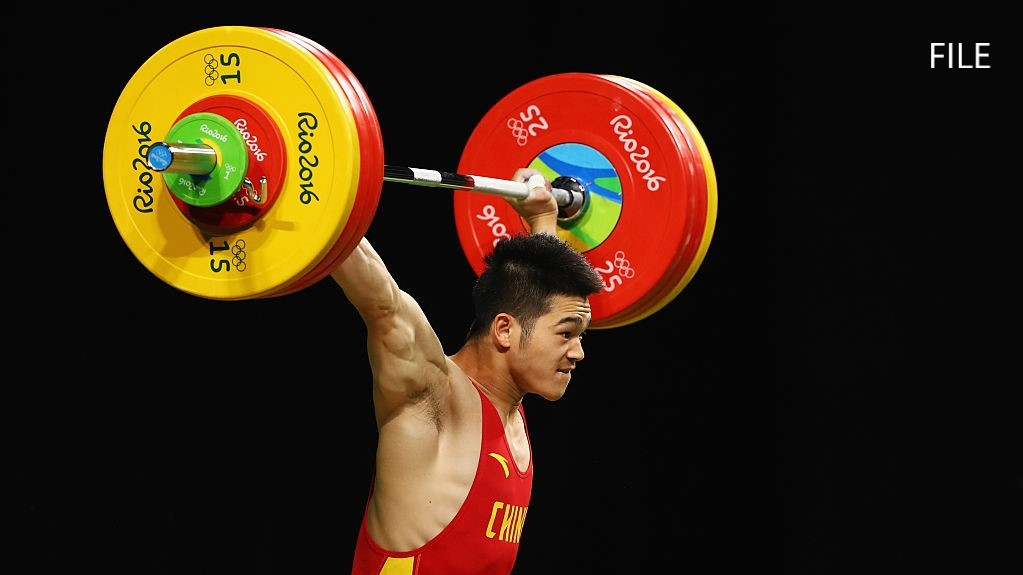 Shi Zhiyong of China competes during  Men's 69kg Group A Weightlifting contest on Day 4 of the 2016 Summer Olympics at the Riocentro - Pavilion 2, August 9, 2016. (Photo: VCG)

The competition started with 150kg when Shi Zhiyong, Yuan Chengfei from China and O Kang Choi from the Democratic People's Republic of Korea (DPRK) were going head-to-head.

O began at 150kg and succeeded in one attempt but failed twice at 154kg. Yuan followed him and succeeded at 151kg and 156 kg respectively. Shi began last but his first attempt at 160 kg was a success, securing both the gold and silver medals for China. As Yuan failed at 161kg, Shi challenged 165kg for his second chance and he did it, breaking the 164kg world record that he previously set. However, instead of stopping there, Shi asked for 168kg with his third attempt and he did it again.

The jerk contest was supposed to take place between the above three, along with Won Jeong-sik from the Republic of Korea (ROK) and Doston Yokubov from Uzbekistan. However, Won and Yokubov were soon out.

O this time started at 183kg, succeeding from the first attempt. He then raised his record to 188kg after two attempts, making his total 338kg and adding pressure on the two Chinese athletes.

Yuan started with 186kg and succeeded at once. He failed in challenging 190kg, but lifting 193kg in his third attempt brought him a total of 349kg.

Shi apparently aimed for breaking his own total world record of 360kg and thus asked for 193kg from the get go. However, he failed twice challenging that weight. With no chance to regret, Shi asked for 194kg with his last challenge. This time, he completed it very quickly and rewrote his own world record as 362kg.

Shi won golds in both jerk and total, Yuan had silvers in both and O got bronze for the two.