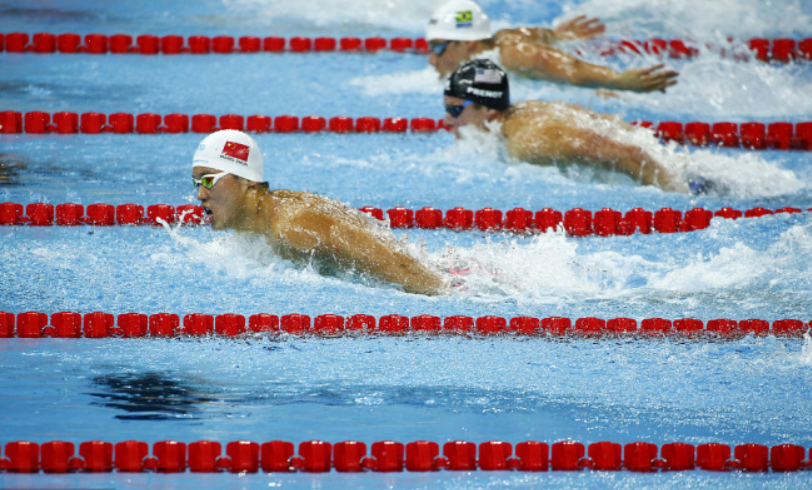 Wang, who won the gold two years ago in Windsor, finished first in one minute 51.01 seconds, 1.68 seconds faster than Josh Prenot of the United States. Japan's Hiromasa Fujimori was third in 1:52.73.

"I am so excited today," said the 24-year-old Wang. "I achieved my aim. I am very happy that I retained the title and improved my time."

"I will do my best in the following events and I hope I can swim my pb," he added.

Li was happy with his bronze. "This is my first medal at Worlds," he said. "It means a lot. "

China's 16-year-old Wang Jianjiahe ranked fifth in the women's 200m freestyle final. Wang is the rising star of the team as she broke the 400m short-course world record at the Swimming World Cup in Budapest in October.

Australia's Ariarne Titmus won the gold in 1:51.38, while Mallory Comerford of the United States trailed in 1:51.81. Femke Heemskerk of the Netherlands came third in 1:52.36.

The men's 400m freestyle gold was clinched by Lithuania's Danas Rapsys with a time of 3:34.01. Norway's Henrik Christiansen took the silver in 3:36.64, and the bronze went to Gabriele Detti of Italy who finished in 3:37.54.

Also on Tuesday, China's Xu Jiayu topped the men's 100m backstroke semifinal with a time of 49.21.