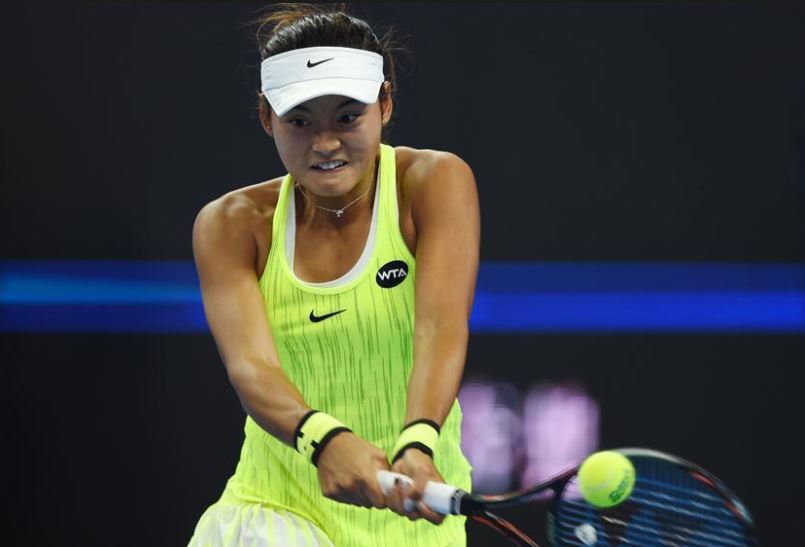 Wang was on the verge of elimination when she was 5-6 down in the second set, before she stormed to win seven consecutive games, turning the match all around.

"I think the key to come back was the change of my mindset," Wang said after the match.

"I lost my patience and got too many unforced errors in first set. I tried to be calm down from the second set, then I became more and more confident," she added.

The 24-year-old is seeking to become the first local finalist in Shenzhen since 2014, when Li Na defeated Peng Shuai in an all-Chinese final.

Wang will face top seed Aryna Sabalenka in the semifinal. The Belarusian managed to reach the last four after No. 5 seed Maria Sharapova was forced to retire in the second set of the quarterfinal, trailing 6-1, 4-2.

"I think it will be a match full of power, my tactic tomorrow is to focus on speed and angle," Wang said.