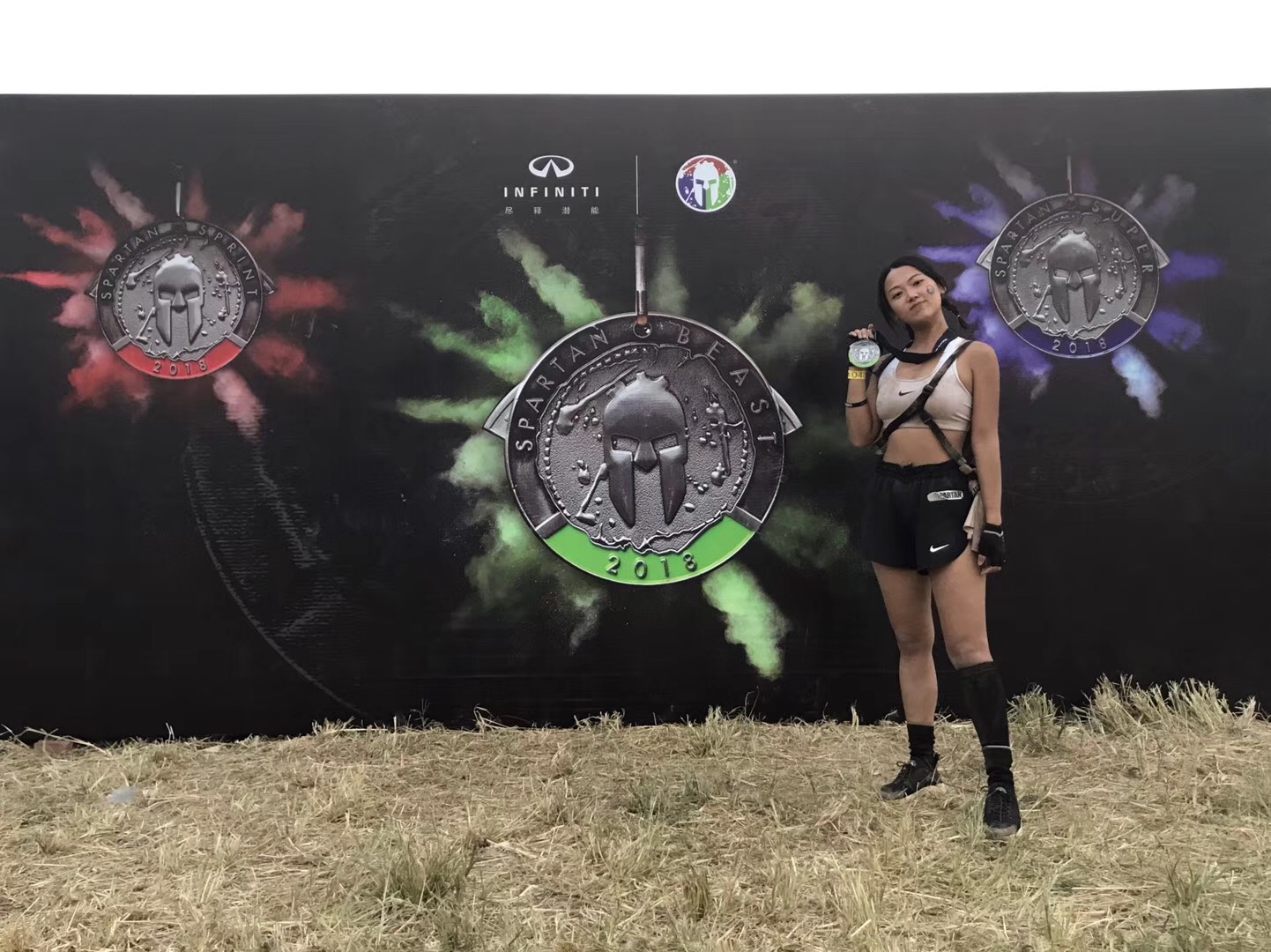 Participants crawl through one of many obstacles as they take part in a Spartan race in Beijing on June 24, 2017. Photo: Cui Meng/GT

In just the last four years marathon races have virtually exploded out of the gate.

The Chinese Athletics Association reports the number of sanctioned marathons has jumped from 51 in 2014 to 1,102 at the end of 2017.

For many runners though marathons have become rather - well, a little slow and even blasé.

A new fitness challenge has emerged that takes more than putting one foot in front of the other.

It's called Spartan races in which competitors not only run a designated course they're also faced with obstacles that can involve climbing and crawling.

Spartan races originated in ancient Greece and were used to train and test the country's fearsome Spartan warriors who were known for their courage and endurance.

Chris Huang traveled to the US to participate in his first Spartan race in 2017.

"The race is challenging and fun, it offers more joy than running," said Huang, who is based in Guangzhou, capital of South China's Guangdong Province.

"Traveling abroad to join the race is not a problem for me, but it is more convenient to compete in China as it gives me more time to prepare."

The modern version of Spartan races debuted in the mountains of Vermont in the US in 2005.

The sport was introduced to China by Shanghai-based sports marketing company SECA in 2016.

SECA staged 14 Spartan events this year, compared to only four in 2016.

Along with competitions for adults, the Spartan races also offer events for children, giving the sport the potential to become a family outing.

"The biggest result for people ­participating in a Spartan race is not only receiving a medal but an ­experience of the heart," the 33-year-old­­­ ­Venezuelan said.

"They will be full of joy and happiness from having done something awesome."

Zhu Dingyao, vice president of Mission Hills, the world's largest golf complex located in Shenzhen, South China's Guangdong Province, is one of the social elites that participated in the Spartan race.

"I love to face challenges. Pressure makes people improve," Zhu said ­after finishing his Spartan race in Shenzhen earlier this year. "I've improved from every challenge I've been through."

"Finishing a Spartan race is not only a personal endeavor, and teamwork is also needed as you cannot get through all the obstacles on your own," said Zhu, noting that competitors can help each other get over some obstacles.

Pictures and videos of the celebrities participating the Spartan race posted online have attracted other social elites and helped popularize Spartan racing.

The latest race in Shenzhen had 5,500 competitors.

The Spartan runners may have better purchasing power, as nearly 90 percent of participants are also doing regular fitness and said they're likely to spend money on their own training program, according to sports marketing media Lanxiong Sports.

According to a report issued by consumer website Meituan-Dianping last month, China's fitness market is valued at 100 billion yuan, with huge potential still to come.

Only 1 percent of the Chinese population has actually paid money to join a sport or fitness club.

And that is expected to change as the standard of living continues to rise and Chinese become more affluent.

Another report issued by Taikang Life Insurance and research agency Hurun last year showed China's higher-wage earners are paying more attention to their health and fitness, and participating in a sport is their top choice for keeping fit.

The report also suggests that other than spending thousands of yuan to get a fitness club membership, those higher-wage earners are keen to spend money on private coaches and upgrading their fitness equipment.

Compared to some Western countries, where the fitness industry is well established, the Chinese market is still taking shape.

Spartan races might be still a niche sport that is still in its infancy in China, but in just three years it has formed a solid foundation from which it is sure to grow.