MOSCOW, May 12 (Xinhua) - China's young diver Zhang Minjie collected one gold and one silver in the mixed synchronized and the women's event on the 10m platform at the FINA/CNSG Diving World Series in Kazan, Russia, on Saturday. 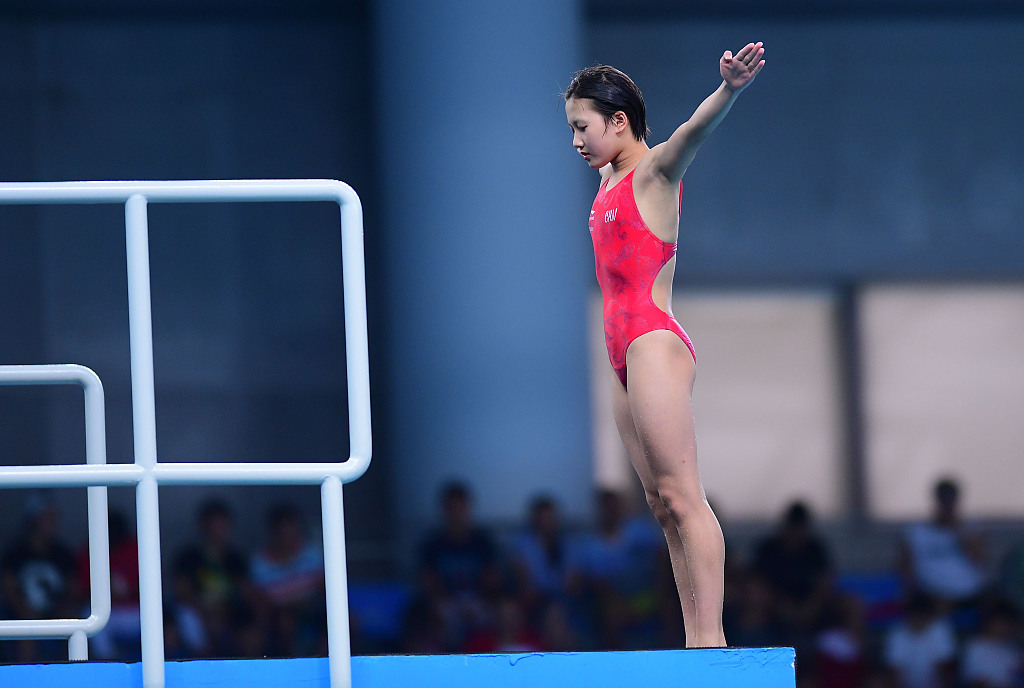 In a battle of young talents in the women's 10m platform, the 14-year-old Zhang was beaten into second place by Kim Mi Rae of the Democratic People's Republic of Korea, by 8.80 points. 18-year-old Kim, the oldest diver in the final, jumped into the leader poistion after an excellent 207C in the third round and maintained it thereafter to seal the title with 373.40 points.

"We have been training very hard, seven hours a day, to improve our diving skills," Zhang said. "We wanted to win very much, but the competitions showed that there is a lot to look into when we return home. My teammate and I both came across problems with Back 2.5 Somersaults 1.5 Twists pike on the final dive, and we have to analyze the reasons of it."

Zhang later upgraded her medal into gold in the mixed 10m platform synchronized event, carving out success in partnership with Duan Yu for a combined 339.42 points. They were followed by Hyon Il Myon/Jo Jin Mi of the DPRK, and Canadian duo Vincent Riendeau/Caeli McKay bagged bronze.

In the men's 3m springboard synchronized event, Jack Laugher of Britain, the Olympic silver medalist in this event in Rio, claimed the gold with 499.30 points.