BEIJING, Oct. 5 (Xinhua) -- China's Zhang Shuai surrendered a one-set lead, and despite serving for the match against world No. 8 Naomi Osaka, failed to seal the deal and book a place in the semifinals here at the ongoing China Open on Friday. 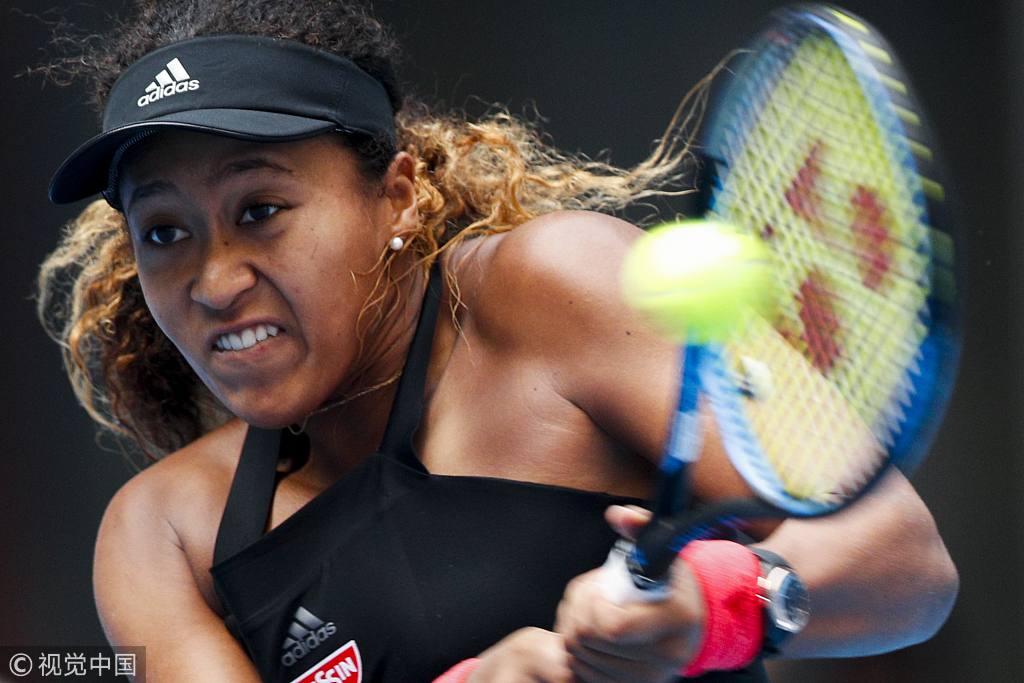 Osaka got off to a slow start on serve, a familiar story for her here in Beijing, committing several unforced errors to help her opponent break her twice out of the gate. Zhang held her first service to go 3-0.

Osaka continued spitting out unforced errors throughout the first, and despite getting a break of her own, could not keep up with Zhang's versatile cross-court forehand strokes.

Osaka then seemed to come to life, breaking Zhang to go 3-1, but Zhang continued to show incredible depth on serve. Unlike the other players who have met the Japanese world No. 8 this year in Beijing, Zhang managed to keep pace with Osaka on return to go up two set points.

The two fought to deuce at 5-3, but Osaka again started coughing up unforced errors to hand the set to Zhang.

It appeared that a visibly frustrated Osaka might be getting into her own head, covering her face with her towel during breaks and dropping her racket to the ground more than once.

Zhang's first service game of the second was a monumental stalemate, with the two fighting to deuce seven times, but the crowd favorite managed to stay focused and hold serve.

But Osaka responded with a break of her own, firing off a forehand winner down the line that left Zhang powerless to answer.

With Osaka serving for the second set at 5-4, Zhang fought back with good depth on her shots from the baseline, but Osaka is able to hold serve to force a decider.

It became clear from the outset of the third that Osaka was really feeling her forehand, comfortably shooting cross court shots that kept Zhang scrambling to reply from the baseline.

Zhang had the chance to seal the deal, serving for the match after the two traded breaks to go 5-4. But a series of unforced errors could not have come at a worse time for Zhang, who suffered four double faults in the decider.

Osaka seized on her opportunity to finally get into the rhythm that reminds any observer why she has just qualified for Singapore, breaking Zhang to level at 5-all as her backhand began to really find its mark.

A series of solid groundstrokes saw Osaka pull ahead decisively. Having finally found the right formula to crack Zhang, she broke her last service game to book her place in the semis: 3-6, 6-4, 7-5.

Osaka's tendency to be too aggressive at the baseline worked to Zhang's benefit throughout the match. She coughed up 66 unforced errors and managed to fire off 51 winners.

Zhang, on the other hand, played a neater but overly conservative match, committing 37 unforced but only managing 13 winners over three sets that combined lasted two hours, 34 minutes.

Osaka will face the winner of an ongoing match between Dominika Cibulkova and Anastasija Sevastova in the semifinals.