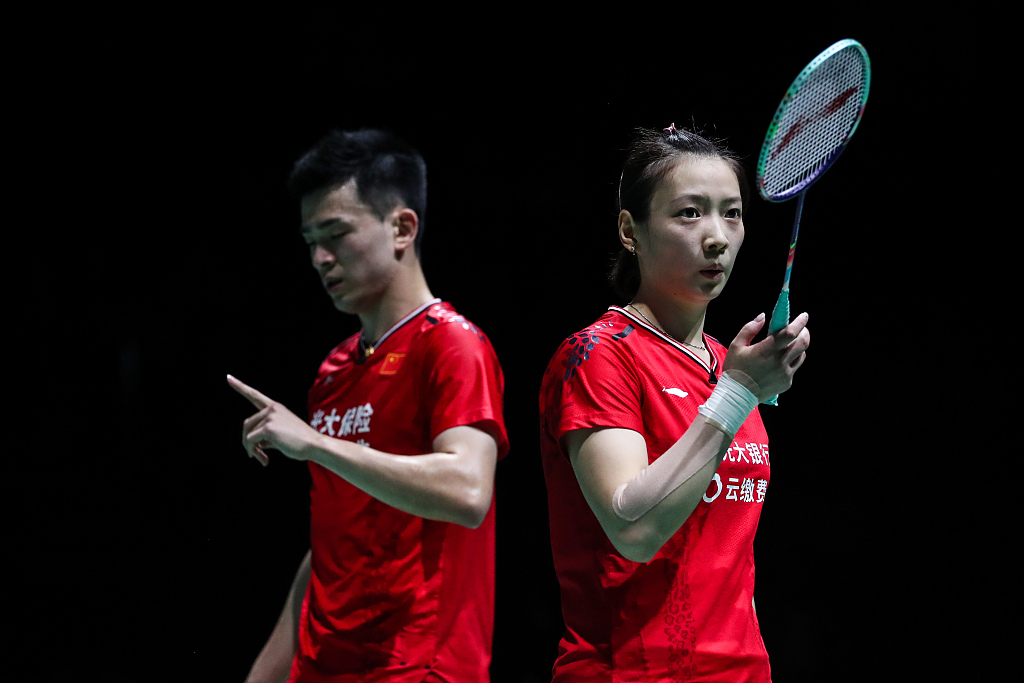 Zheng and Huang took the initiative 21-16 in the semifinal against Goh Soon Huat/Lai Shevon Jemie of Malaysia, and then dominated the second game before triumphing 21-10 for a final spot in 34 minutes.

"We have better fitness conditions now than when we were in France and Denmark," said Zheng, who was eliminated twice by Praveen Jordan/Melati Daeva Oktavianti of Indonesia at French and Denmark Open last month.

The World number one then bounced back strongly on home soil, taking four consecutive wins without losing one game at the Super 750 tournament.

The upcoming Chinese derby is a repeat of mixed doubles final of the tournament last year, when they involved in a three-game tussle match before Zheng/Huang lifted the trophy.

"I hope we can deliver better performance on Sunday, which requires us to adapt into the match as soon as possible," Zheng added.