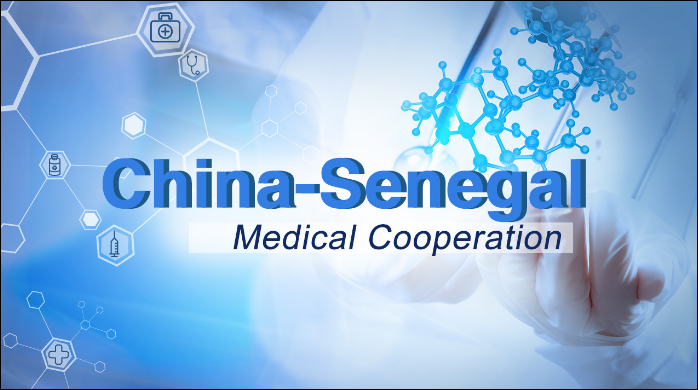 While most people have a basic image of China, some may have barely heard of the country Senegal.

The nation stands on the west edge of Africa (as shown in the map below), with large influence from previous French colonization.

Latest news about the country include its performance at the just-concluded World Cup. Unlike China, Senegal's soccer team made it to Russia, but failed to enter the knockout stage because of the new "fair play" rule.

As Chinese President Xi Jinping chose Senegal to be the first stop in his latest trip to Africa, let's look at one of the most active fields that the two countries are working together closely in: Health.

According to the World Health Organization (WHO), Senegal is doing a good job, as its nine-year health development plant scored "major success."

Less people caught malaria or HIV in 2014 compared to the previous decade. More and more new vaccines are being introduced to the country to protect children.

But much more work needs to be done. Senegal is one of the poorest countries in the world, with half of its people not receiving any kind of health service.

China has been contributing to Senegal's health development for more than a decade.

According to an official record, 17 groups of Chinese doctors have come all the way to the country to conduct free diagnoses. A total of 11 batches of medicine have been donated to local hospitals, most of which were anti-malaria drugs. A group of eye doctors are also heading to Senegal in October as part of the China-Africa Brightness Action initiative launched in 2010.

During the Ebola outbreak between 2014 to 2015, China's medical assistance also played an important role in Senegal.

China donated protection suits, thermometers and other useful stuff to the country with a total worth of more than 730,000 US dollars.

The health cooperation between China and Senegal will likely continue, according to Zhang Xun, Chinese ambassador to the country.

"The Chinese-donated children hospital is about to be expand into a maternal and child health center," he told local and Chinese media at a free diagnosis event.

Xi's visit will bring even more cooperation chances, he said.