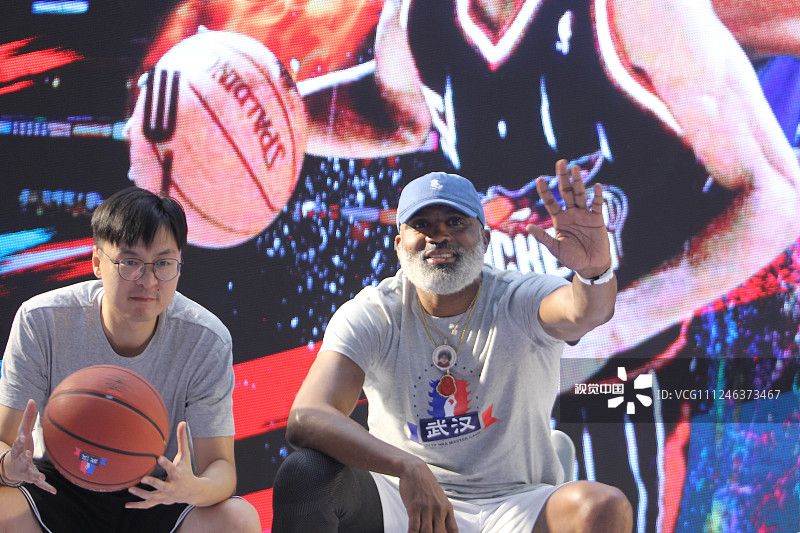 Despite hopes of a good showing on home court at the ongoing 2019 FIBA World Cup, China finished in a disappointing 24th place, also missing the chance to secure an early spot in the 2020 Tokyo Olympic Games allocated to the tournament's top performing Asian team.

"In my opinion, the Chinese don't take the sport as serious as they do education," the former Houston Rockets shooting guard told Xinhua. "Some kids only have three hours a week to practise basketball. In America, kids are practising three hours a day."

Mobley came to China on September 5 to lead a training program in the city of Wuhan, in central China's Hubei Province.

"I'm just amazed by the culture, and the love that the kids have for basketball," he said.

Speaking to both students and their parents during the training sessions, the 44-year-old noted that while the adults claimed to love basketball, they focused more on their children's academic performance.

"In Asian culture, Chinese culture, it is always books, books, books for [the children] when they're there. Besides basketball, the kids have to study playing the violin, the piano [in their spare time]," he said.

"Some kids go to school in the morning and they're out at six or seven o'clock at night. That's overload," Mobley added. "The more they concentrate on their basketball along with studying, the better the national team will become. It is about a ten-year span because you have to know it has to become a culture."

Mobley was Chinese basketball chief Yao Ming's teammate at the Rockets between 2002 and 2004. The former NBA player averaged 16 points, 3.9 rebounds and 2.7 assists in his career.

Looking to the new NBA season, Mobley said that in addition to defending champions the Toronto Raptors, other teams with a chance of winning the series include the LA Clippers, LA Lakers, and Boston Celtics. However, the Philadelphia-born star noted his deep affection for former team the Rockets, reserving special praise for two players in particular.

"I like James Harden and Russell Westbrook. It's going to be very interesting to see them to play together. Both are extremely good," Mobley said.