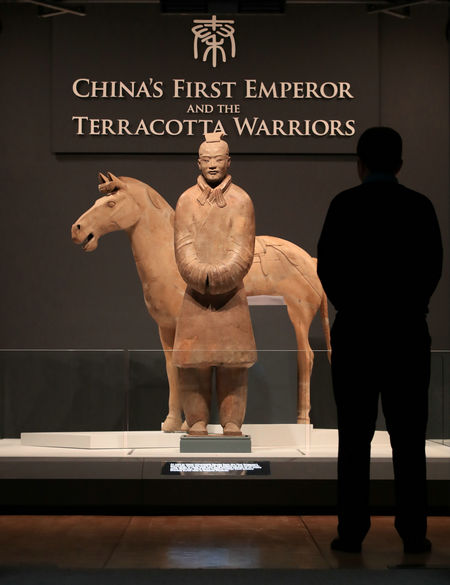 The Terracotta Warriors are on display at the World Museum in Liverpool. (Photo: PA IMAGES)

The ongoing exhibition at the World Museum in Liverpool has also contributed around $27 million to the local economy, according to NML.

The latest figures show the NML has achieved its highest annual visitor figure ever across Liverpool World Museum and its other seven museums and galleries in the region in 2017-18. It welcomed more than 3.3 million visitors in a year that also saw the opening of its China's First Emperor and the Terracotta Warriors exhibition at the World Museum.

In February, the NML opened the exhibition.

"With five months left to run, and tickets still available, it is already proving to be the most popular exhibition National Museums Liverpool has ever held with around half a million people expected to visit throughout the exhibition's run," says a spokeswoman for NML.

Tracey McGeagh, NML's director of marketing, says: "In 2017-18, we welcomed a record number of visitors and it is incredibly rewarding and important that we are attracting so many people into the museums and galleries to share in the collections and hear the stories told in our exhibitions."