BEIJING, June 8 (Xinhua) -- More than 3,200 activities have been scheduled across China to celebrate this year's cultural and natural heritage day, which falls on June 8. 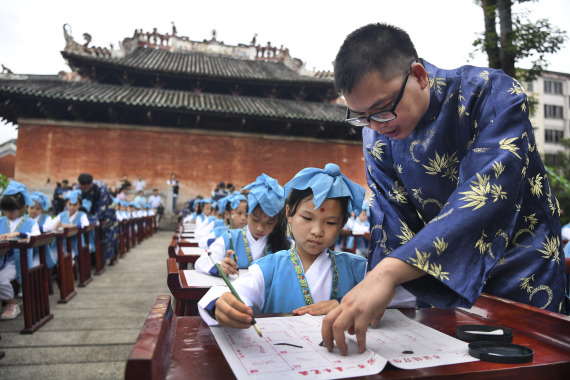 A teacher tutors a student to practice calligraphy in Deqing county, south China's Guangdong Province, June 2, 2019. In recent years, with the focus on promoting the cultural tour of the ancient post road in south China, Deqing County has developed a variety of activities by taking advantage of the historical sites, intangible cultural heritages and natural resources, so as to make tourists experience the inheritance of Chinese civilization with Lingnan characteristics. (Xinhua)

It applies exhibitions, shows, lectures and forums to present the vivid practice of intangible cultural heritage protection and development in China.

A poetry recital was held in the National Library of China (NLC) on June 6, marking the beginning of the NLC's lecture month on the protection of intangible cultural heritage in 2019. 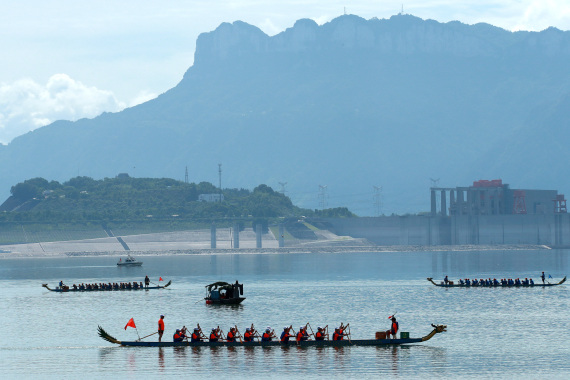 The rich variety of Dragon Boat Festival activities become a major theme of the cultural and natural heritage day in Zigui County in central China's Hubei Province, the hometown of Qu Yuan, with activities such as dragon boat races.

An exhibition on Guqin, the Chinese zither, a Kunqu Opera performance and a photo exhibition of intangible cultural heritage are also scheduled.