Team China remained unbeaten with their fourth straight-set victory at the FIVB Women's Volleyball World Cup over the Dominican Republic in Yokohama, Japan, on Wednesday. 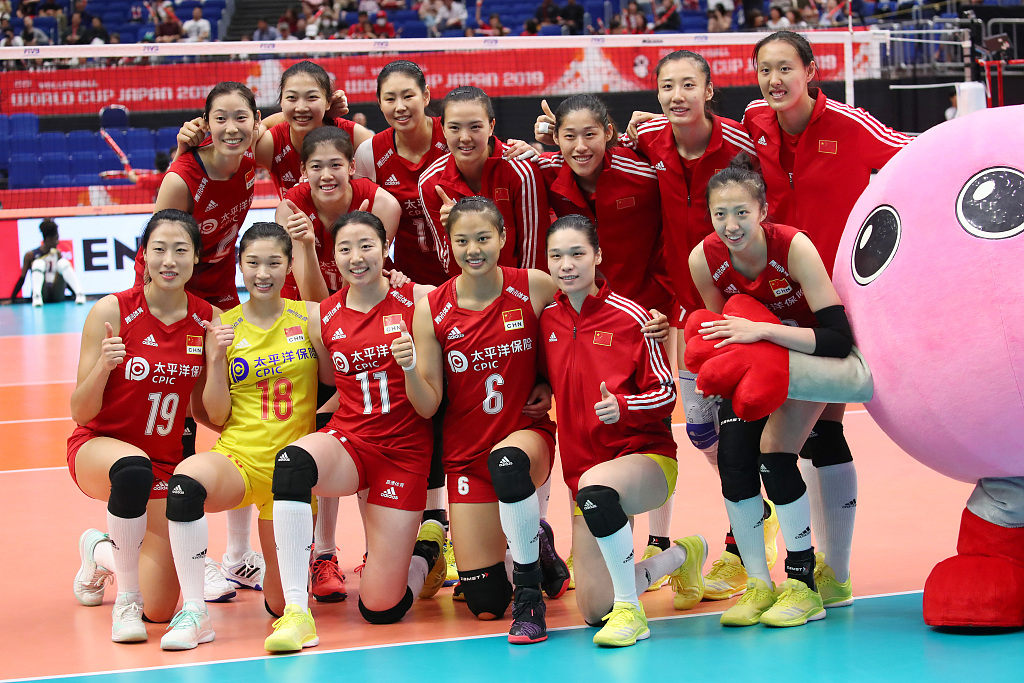 Jineiry Martinez, 21, was the best scorer for the Dominican Republic.

"Our team has become more balanced technically and support from my teammates in attacks lifts the pressure on me," Zhu told Xinhua, attributing the progress to coach Lang Ping, who she says pays attention to every detail in the training.

China had a strong start establishing a 11-6 lead and forcing the Dominican Republic to a time-out, after which the Pan American champions responded with a 3-0 run to close the gap 11-9. The two teams traded points thereafter until Li Yingying fired China to a 6-2 run with one spike and two blocks for the 25-19 win.

China got bad news when leading by 6-5 as Gong Xiangyu injured her right thumb bumping into Li when both reached for a dig. The set was close with China having a slight advantage as captain Zhu and Li opened fire. Although the Dominican Republic tried to catch up with a 5-1 run after being 16-23 down, their double contact gave the set away. 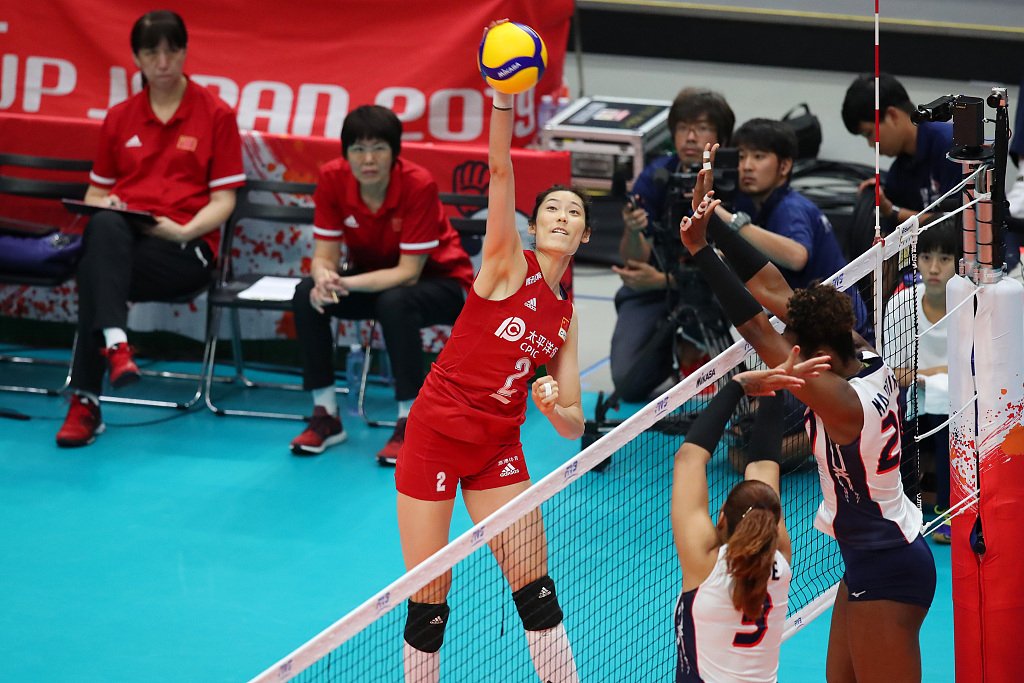 Zhu Ting of China spikes a ball during the match against the Dominican Republic at the FIVB Women's Volleyball World Cup in Yokohama, Japan, September 18, 2019. (Photo: VCG)

Gong returned for the third set in which China opened 8-4. Jineiry Martinez and Bethania De La Cruz's powerful attacks helped the Dominican Republic chase closely behind, but China initiated a 6-1 run in the last minutes to seize the set point 24-17. The Dominican Republic saved the first thanks to a successful challenge to Liu Yanhan's ace and the second with De La Cruz's spike, but China refused to waste more chances as Zhu finished with a thunderous spike.

"Our players have become more mature compared with last year's World Championship. They were able to keep composure when faced with difficulties on the court," Lang Ping said.

With the Netherlands falling to the United States earlier on Wednesday, China became the only team yet to lose a set at the tournament and consolidated its place as the table leader.

The defending champions will face host nation Japan to wrap up the matches in Yokohama while the Dominican Republic play against Russia.