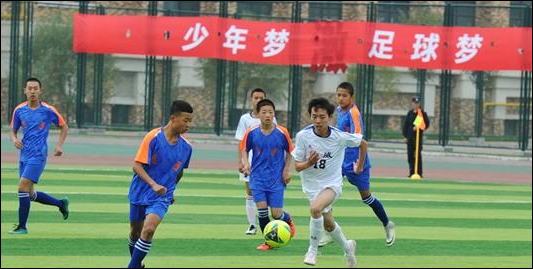 A group of middle school players in the final of a youth football league in Lanzhou, Northwest China's Gansu province, on Oct 11, 2019. (Photo: Chinanews.com)

China has planned to complete the construction and renovation of over 60,000 soccer fields in schools by the end of next year, about 50 percent more than what had been planned nationally (between 2016 and 2020), according to a news conference of the Ministry of Education on Friday.

China has completed the construction and renovation of a total of 32,432 soccer fields in schools from 2015 to 2018. An additional 28,545 soccer fields are expected to be completed by the end of next year, the news website chinanews.com reported.

As of September 2018, a total of 120,960 soccer fields have been built in schools of all levels across the country, the report said.