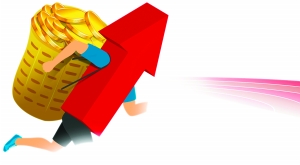 BEIJING, Dec. 21 (Xinhua) -- China will work to ease market access restrictions on foreign investment and push the opening of the manufacturing, producer services and financial sectors, the Ministry of Commerce said Thursday.

The country will push for nationwide implementation of a pre-establishment national treatment system as well as a negative list, which determines industries in which foreign participation is prohibited or limited, the ministry spokesman Gao Feng told a press briefing.

The country will also improve its mechanism for foreign investors to file complaints and protect their legal interests, Gao said.

Efforts will be made to attract more foreign investment into the country's central and western regions, while improving the quality of investment, he said.

Foreign direct investment into the Chinese mainland rose 9.8 percent year on year to reach 803.62 billion yuan (around 122 billion U.S. dollars) in the first 11 months. The growth was much faster than the 1.9-percent year-on-year increase registered in the first 10 months.

Chinese leaders have reiterated that the country will not close its door to the world, but rather the door will only open wider.