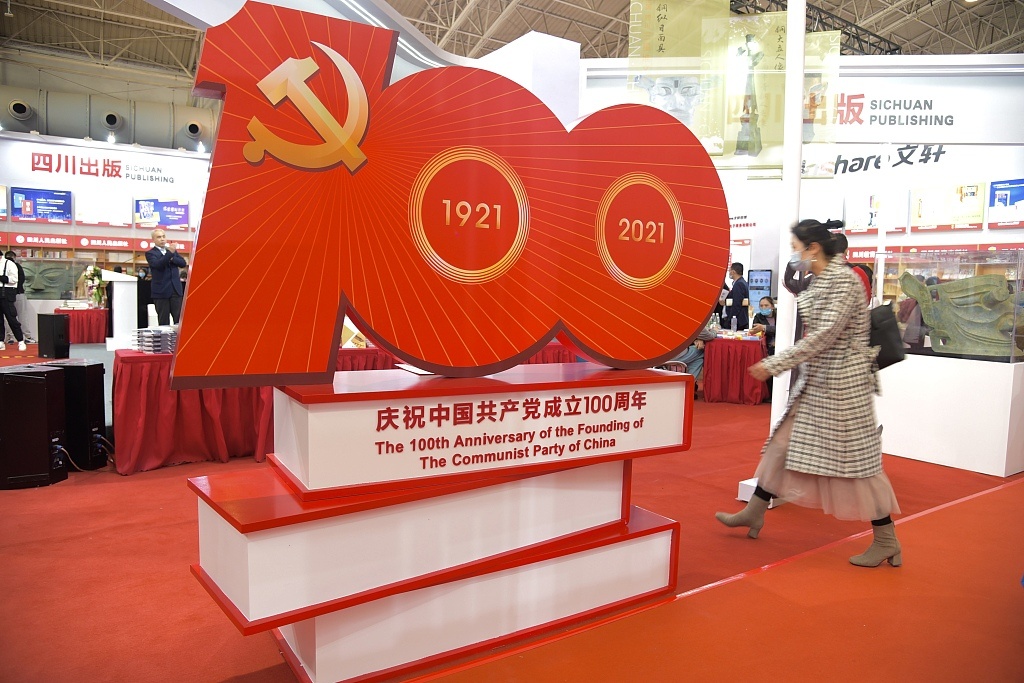 A big display to celebrate the centennial founding anniversary of the Communist Party of China (CPC) at the 34th Beijing Book Fair in Beijing, March 31, 2021. (Photos: VCG)

BEIJING, April 6 (Xinhua) -- A total of 140 outstanding stage productions will be performed nationwide to mark the 100th anniversary of the founding of the Communist Party of China (CPC).

The theatrical performances, covering genres including drama, Peking opera, ballet and more, will be staged from April to July, according to a recent circular issued by the Publicity Department of the CPC Central Committee, the Ministry of Culture and Tourism and the China Federation of Literary and Art Circles.

The productions will pay tribute to the birth anniversary of the CPC and the building of a moderately prosperous society in all respects, the circular said.

Also staged will be remakes of some classic Chinese stage productions, including opera "The White-Haired Girl" and ballet "The Red Detachment of Women," the circular added.

The performances will also be available on online platforms such as xuexi.cn and official website of the Ministry of Culture and Tourism, according to the circular.