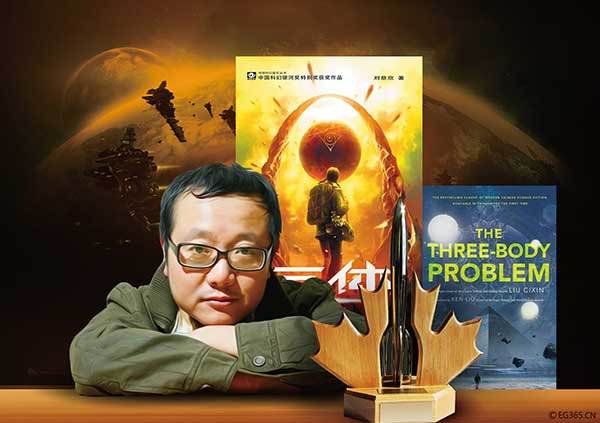 BEIJING - China is turning Liu Cixin's Hugo Award-winning sci-fi novel "The Three-Body Problem" into a live-action TV drama though the release date has yet to be unveiled.

The upcoming TV drama, known as "Three-Body," is on the list of several dozen dramas to be released by Tencent Video, a major Chinese online streaming platform.

A concept poster and a list of major cast members, including director Yang Lei, has been unveiled by Tencent Penguin Pictures.

"The Three-Body Problem" is the first book of a sci-fi trilogy that revolves around physicist Ye Wenjie's contact with the Trisolaran civilization living in a three-sun system, and the following centuries-long clashes between earthlings and the aliens.

Chinese sci-fi fans are looking forward to the adaptation of the critically acclaimed trilogy into movies and TV dramas. An animated adaptation of "The Three-Body Problem" was inaugurated last year as a project by the Chinese online video sharing platform Bilibili and is scheduled to be released online in 2021.

"The Wandering Earth," another sci-fi novel by Liu Cixin, was turned into a 2019 blockbuster film that generated a box office revenue of 4.68 billion yuan (around $670 million) in the Chinese mainland.